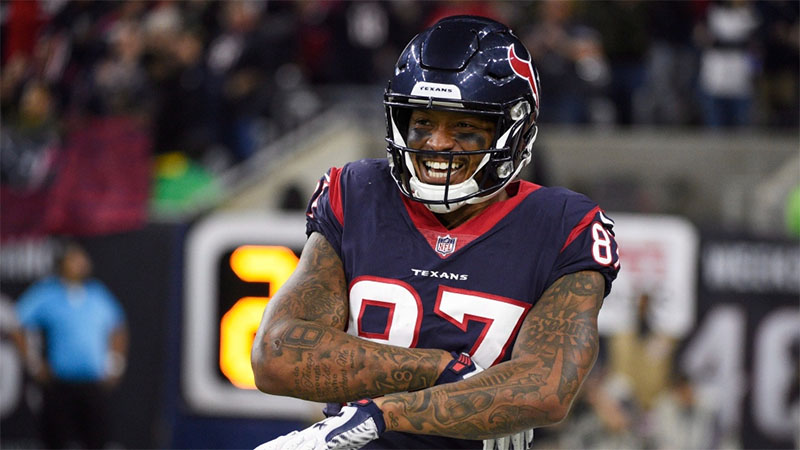 Demaryius Thomas, who earned five straight Pro Bowls and a Super Bowl ring during a prolific receiving career spent mostly with the Denver Broncos, has died at the age of 33.

“Preliminary information is that his death stems from a medical issue, and our investigators currently have no reason to believe otherwise,” Lupo said in a statement early Friday.

Thomas last played in the NFL in 2019, appearing in 11 games with 10 starts for the New York Jets. He officially announced his retirement in June.

A native of Montrose, a tiny town in southeast Georgia, Thomas managed to make his mark collegiately as a receiver at Georgia Tech — even after the school hired Paul Johnson to replace Chan Gailey as coach.

Ditching Gailey’s pro-style offense, Johnson installed the run-oriented scheme that had been so successful for him at lower-division Georgia Southern.

Despite a huge drop-off in the number of passes the Yellow Jackets threw, Thomas was often left in single coverage and managed to show off the skills that would lead the Broncos to take him with the No. 22 overall pick in the 2010 draft.

Thomas finished his career at Georgia Tech with 120 receptions for 2,339 yards and 14 touchdowns in three seasons.

Teaming up with Peyton Manning, Thomas put up much gaudier numbers with the Broncos, beginning with a dazzling 2012 season — 94 catches for 1,434 yards and 10 touchdowns — that led to the first of those five straight Pro Bowl honors.

In Manning’s final year, the Broncos defeated Carolina in the Super Bowl to cap the 2015 season.

After Manning’s retirement, Thomas’ production began to decline as the Broncos struggled to settle on their next quarterback.

Then, during the 2018 season, he was traded to the Houston Texans. He managed only 23 catches in seven games with his new team and was released after that brief tenure.

Thomas signed with the New England Patriots, but was cut before their opener. He finished his career with the Jets.

Messi and three other PSG players test positive for COVID-19