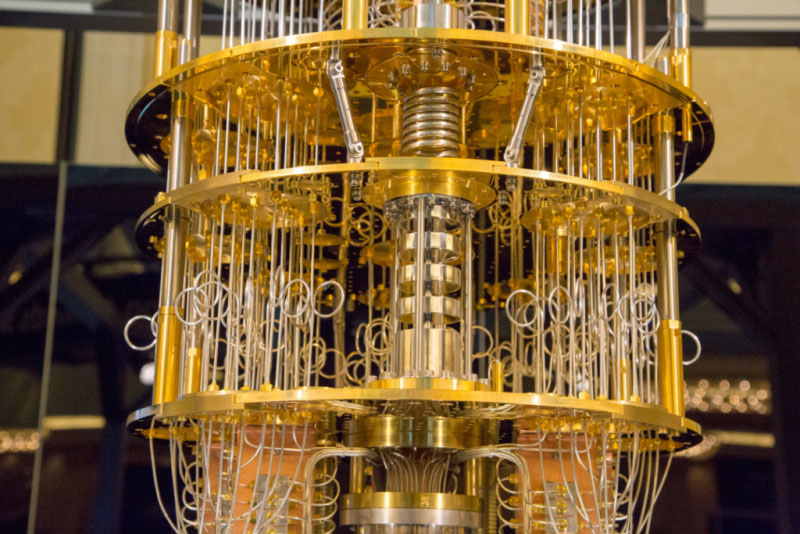 Researchers have discovered a new and more efficient computing method for pairing the reliability of a classical computer with the strength of a quantum system.

This new computing method opens the door to different algorithms and experiments that bring quantum researchers closer to near-term applications and discoveries of the technology.

“In the future, quantum computers could be used in a wide variety of applications including helping to remove carbon dioxide from the atmosphere, developing artificial limbs and designing more efficient pharmaceuticals,” said Christine Muschik, a principal investigator at the Institute for Quantum Computing (IQC) and a faculty member in physics and astronomy at the University of Waterloo.

The research team from IQC in partnership with the University of Innsbruck is the first to propose the measurement-based approach in a feedback loop with a regular computer, inventing a new way to tackle hard computing problems. Their method is resource-efficient and therefore can use small quantum states because they are custom-tailored to specific types of problems.

Hybrid computing, where a regular computer’s processor and a quantum co-processor are paired into a feedback loop, gives researchers a more robust and flexible approach than trying to use a quantum computer alone.

While researchers are currently building hybrid, computers based on quantum gates, Muschik’s research team was interested in the quantum computations that could be done without gates. They designed an algorithm in which a hybrid quantum-classical computation is carried out by performing a sequence of measurements on an entangled quantum state.

The team’s theoretical research is good news for quantum software developers and experimentalists because it provides a new way of thinking about optimization algorithms. The algorithm offers high error tolerance, often an issue in quantum systems, and works for a wide range of quantum systems, including photonic quantum co-processors.

Hybrid computing is a novel frontier in near-term quantum applications. By removing the reliance on quantum gates, Muschik and her team have removed the struggle with finicky and delicate resources and instead, by using entangled quantum states, they believe they will be able to design feedback loops that can be tailored to the datasets that the computers are researching in a more efficient manner.

“Quantum computers have the potential to solve problems that supercomputers can’t, but they are still experimental and fragile,” said Muschik.

This project is funded by CIFAR.

Materials provided by University of Waterloo. Note: Content may be edited for style and length.