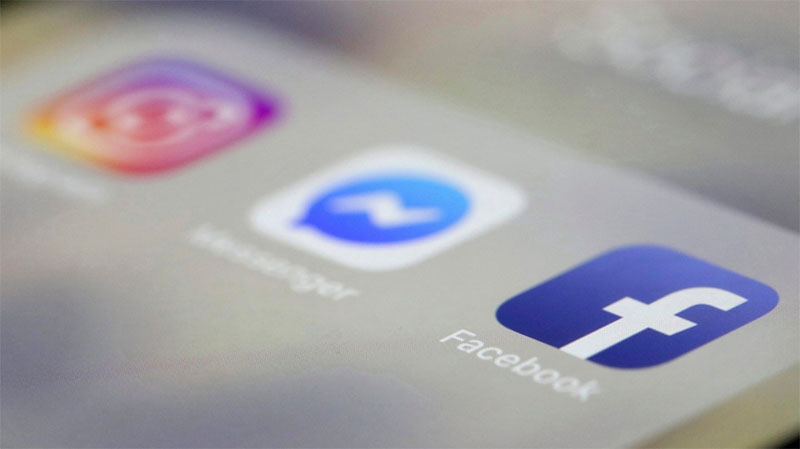 Facebook, Instagram and WhatsApp are slowly coming back online Monday night after experiencing global outages throughout the day.

Service resumed for some users at around 6 p.m. EDT. The outages left people around the world unable to communicate on the platforms for more than six hours

According to the website DownDetector, users began reporting outage issues at around 11:20 a.m. EDT.

“To the huge community of people and businesses around the world who depend on us: we’re sorry,” Facebook said on Twitter. “We’ve been working hard to restore access to our apps and services and are happy to report they are coming back online now. Thank you for bearing with us.”

It may take some time to get the platforms running at 100 per cent again, the company’s CTO Mike Schroepfer tweeted.

“We have seen things like this happen before. But they’ve been very localized, they’ve been in particular regions or within particular platforms,” cybersecurity expert Ritesh Kotak told CTV News Channel on Monday. “I can’t remember a time where there was a global outage of all three platforms where everything just completely shut down.”

Kotak said the problem seemed to be that Facebook’s Domain Name System (DNS) records had either been deleted or changed. The internet’s DNS is what translates a web address such as “Facebook.com” and directs users to the correct IP address. If the company’s DNS records were deleted or changed, any associated apps and web addresses wouldn’t be able to locate the platforms.

“DNS is a really critical service,” tech analyst Carmi Levy told CTV News Channel on Monday. “If a company like Facebook, which has multiple services attached to it, Instagram, WhatsApp, Facebook Messenger, if it doesn’t manage its DNS addressing properly … it’s almost like it ceases to exist. All of those addresses gone. Anyone who tries to reach out, either to the website or through an app or any other service, they’re just going to get nothing.”

The problem was likely a result of human error and not foul play, Kotak said.

Adding insult to injury, Facebook shares took a tumble Monday. On top of the outages, the company is in the midst of a public image crisis.

Whistleblower Frances Haugen, a former Facebook product manager, provided The Wall Street Journal with internal documents that she says exposes Facebook’s awareness of harms caused by its products and decisions. Haugen went public on Sunday’s episode of “60 Minutes” and is scheduled to testify before a U.S. Senate subcommittee on Tuesday.

Haugen also revealed herself to be the anonymous person who filed complaints with federal law enforcement alleging that Facebook’s own research shows how it magnifies hate and misinformation, leads to increased polarization and that Instagram, specifically, can harm teenage girls’ mental health.

“Today’s outage, even if it has no connection at all to this testimony of the whistleblower, Frances Haugen, it could not have come at a worse time,” Levy said. “Investors, of course, are looking at it and going, ‘We’re out of here.'”

We’re aware that some people are having trouble accessing our apps and products. We’re working to get things back to normal as quickly as possible, and we apologize for any inconvenience.