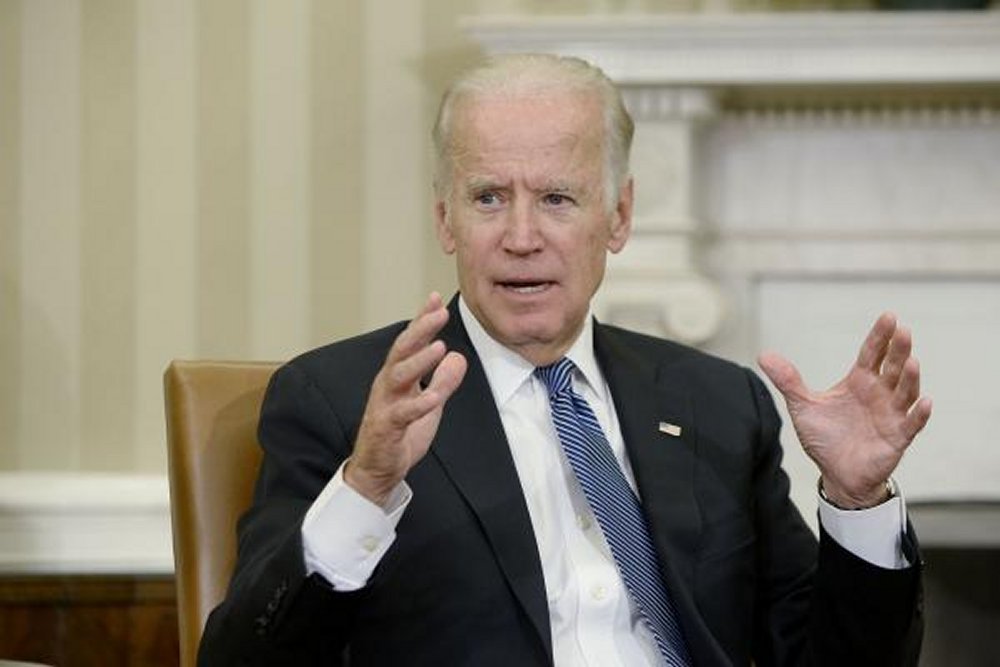 Vice President Joe Biden came to the Capitol to preside over the Senate’s vote on the 21st Century Cures Act, which passed overwhelmingly, and then told reporters he wouldn’t rule out a run for president in 2020.

In voting to approve the legislation — which includes funding for Biden’s Cancer Moonshot — the Senate honored Biden’s service there and renamed the moonshot section of the bill for Beau Biden, who died of cancer last year. After the emotional dedication and vote, Biden was asked about his future plans and whether he’d run for office again.

Biden, who turned 74 last month, and will be 77 on election day in 2020, ran for the Democratic nomination for president in 1988, as well as in 2008 when President Barack Obama won the nomination and picked him as his running mate.

Biden considered running in the 2016 election but decided in October 2015 against it because he felt there was not enough time left “to mount a winning campaign for the nomination.”

The 21st Century Cures Act contains changes to the FDA approval process for drugs and medical devices meant to streamline the process and get products to patients faster. It also includes funding for medical research and funds the Cancer Moonshot initiative.

“I think it’s fitting to dedicate this bill’s critical cancer initiatives in honor of someone who would be proud of the presiding officer today and that’s his son Beau,” Sen. Mitch McConnell said before the Senate voted on the name change. “And in just a moment that’s exactly what the Senate will do. Renaming the NIH’s cancer initiatives in this bill after Beau Biden.”

The bill, which had already been passed overwhelmingly in the House, then sailed through the Senate as well on an 83-to-13 vote and is expected to be signed into law by Obama before he leaves office.

Biden said after the vote that the $1.8 billion being earmarked for cancer research is essential and has the potential to make a huge difference against the hundreds of diseases that fall under the umbrella of cancer.

“If we start collaborating as much as we’re beginning to do now, we really — no malarkey — we can make significant progress even if we don’t have one additional breakthrough,” Biden said of Congress funding the moonshot.