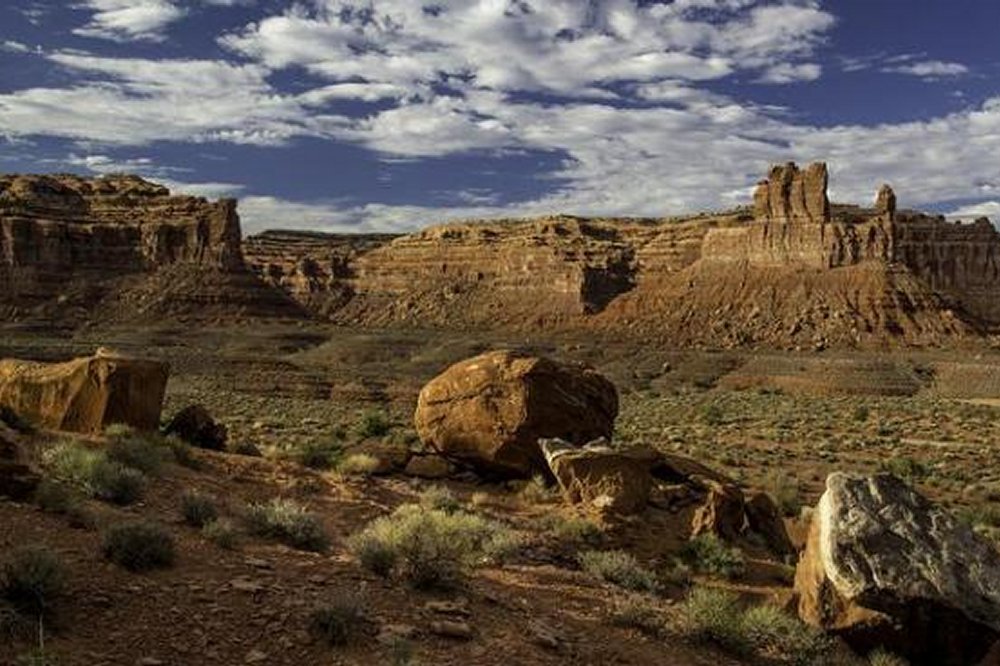 Designating both properties as federal land will help government and other action to preserve animals, plant life, unique natural landscapes and Native American artifacts, among other benefits. At Gold Butte, the designation is also expected help more effective efforts to protect threatened animal species, while Bears Ears will become the first national monument to involve Native American tribes in its management.

“I am designating two new national monuments in the desert landscapes of southeastern Utah and southern Nevada to protect some of our country’s most important cultural treasures, including abundant rock art, archeological sites, and lands considered sacred by Native American tribes,” Obama said in a statement. “Today’s actions will help protect this cultural legacy and will ensure that future generations are able to enjoy and appreciate these scenic and historic landscapes.”

The Bears Ears National Monument, in southeastern Utah, includes 1.35 million acres of desert and canyons significant to several Native American tribes, including the Navajo, Hopi, Ute Indian Tribe, Ute Mountain Ute and Zuni. Members of the tribes will serve together to offer what Obama said is expertise and traditional knowledge essential to maintaining the lands.

The 300,000 acres at Gold Butte Obama designated a monument has been the subject of 15 years of legal wrangling, most recently in 2014 when the family of Cliven Bundy, whose ranch is nearby, staged a weeks-long standoff protesting federal control of the property.

The area, near the Arizona-Nevada border, is considered archeologically significant because of tribal sites, historic ranching structures and early Spanish settlements. The stronger federal protection is also hoped to improve efforts to protect animals such as the desert tortoise.

The two monuments increase the amount of land Obama has protected since taking office in 2008 to more than 558 million acres of land and water around the country, the vast majority of which has been waterways.

Obama’s total is more than double the 215 million acres President George W. Bush protected during his two terms in office and ten times the 54 million President Jimmy Carter protected — and far outpaces most of the 19 presidents who have had the power to protect cultural and natural resources since President Theodore Roosevelt signed the Antiquities Act in 1906.

California man charged with DUI only tested positive for caffeine