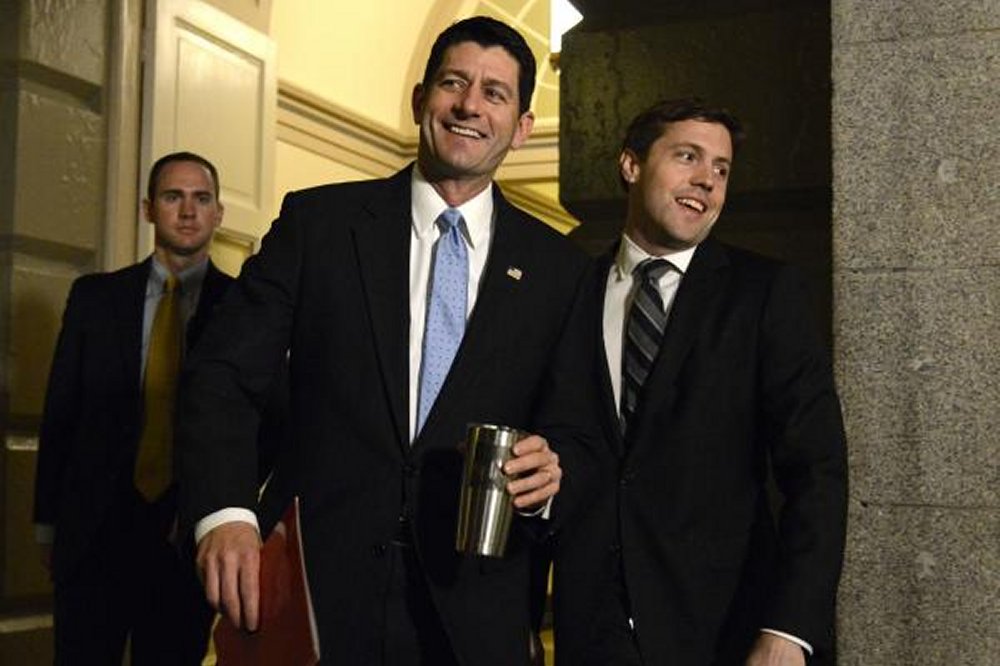 The U.S. House of Representatives on Friday will vote on a resolution to fast-track repealing the Affordable Care Act, which House Speaker Paul Ryan said is “collapsing.”

During a CNN town hall on Thursday, Ryan said Obamacare was in a “death spiral” that the GOP was responsible of repealing and replacing as quickly as possible, adding that the lawmakers have to “intervene to prevent this from getting worse.”

The Senate on Wednesday passed a “repeal resolution” attached to a budget bill that would begin the process of dismantling the healthcare program. Ryan said the House vote on Friday was a “procedural vote” to start the Obamacare repeal process.

“We’re going to do this the way Congress is supposed to work, but we do need to move quickly,” Ryan said.

Republicans have been criticized for working to repeal Obamacare without a replacement in place, which outgoing Health and Human Services Secretary Sylvia Mathews Burwell said would have dire consequences for consumers and the U.S. insurance market.

The filibuster-proof bill passed in the Senate and facing the House falls under budget rules that limit what can be included in the measure, meaning Senate Republicans will need to work with Democrats to pass a new bill or several bills reaching 60 votes to fully replace Obamacare.

Ryan said Republican lawmakers and President-elect Donald Trump are “in complete sync” over the Obamacare repeal process. Ryan said the GOP will act “definitely within these first 100 days” of Trump’s administration.

“The law is collapsing, and so we’ve got to rescue people,” Ryan said, adding that Republicans are working “as quickly as they can.”

A town hall attendee undergoing cancer treatment who said they need Obamacare to purchase their own insurance asked Ryan “why would you repeal the Affordable Care Act without a replacement?”

“Oh. We wouldn’t do that. We want to replace it with something better,” Ryan replied.

The bipartisan Committee for a Responsible Federal Budget said a full Obamacare repeal could cost $350 billion over the next 10 years.