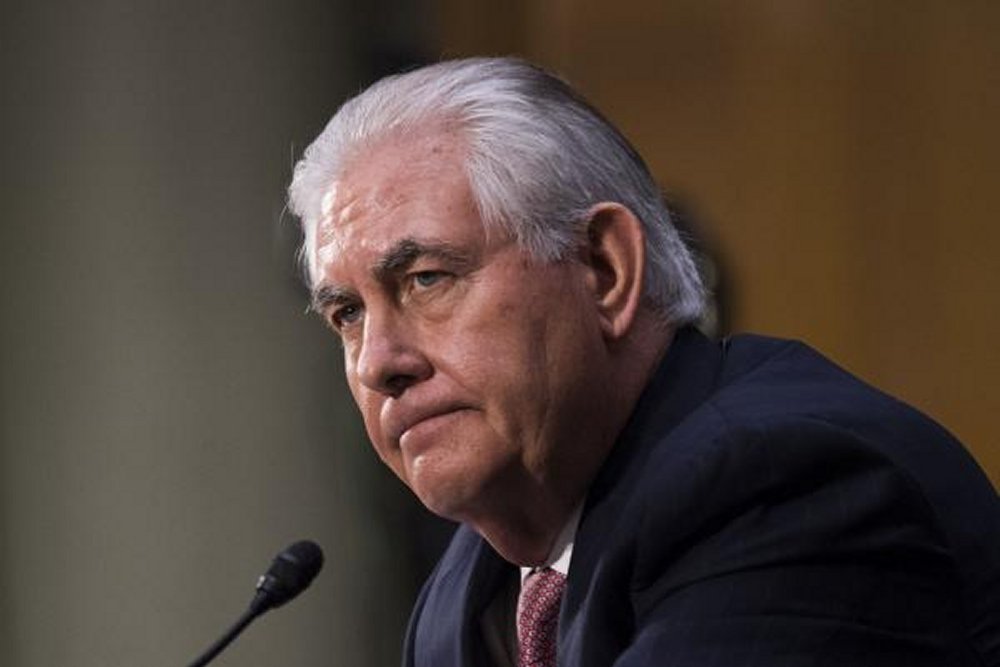 The Global Times editorial published Friday called Tillerson’s suggestion to block China’s access to the islands an illegal act that could lead to a major military conflict.

“China has enough determination and strength to make sure that his rabble rousing will not succeed,” the editorial read. “Unless Washington plans to wage a large-scale war in the South China Sea, any other approaches to prevent Chinese access to the islands will be foolish.”

Tillerson had also said, “We’re going to have to send China a clear signal that, first, the island-building stops and, second, your access to those islands also is not going to be allowed.”

The Beijing newspaper said the suggestion “lacks legality,” and credited the Chinese leadership for showing “restraint whenever [Trump’s] team members express radical views.” It added claimants in the South China Sea “have the ability to solve divergences … without U.S. interference.”

“The United States should stop issuing statements that take a side on the issue of [Chinese] sovereignty” over the islands, Lu said, according to South Korean newspaper Donga Ilbo.

During the Senate hearing, Tillerson also described North Korea as an “adversary” and criticized China for making “empty promises” on North Korea.

China has been cooperating on tougher sanctions.