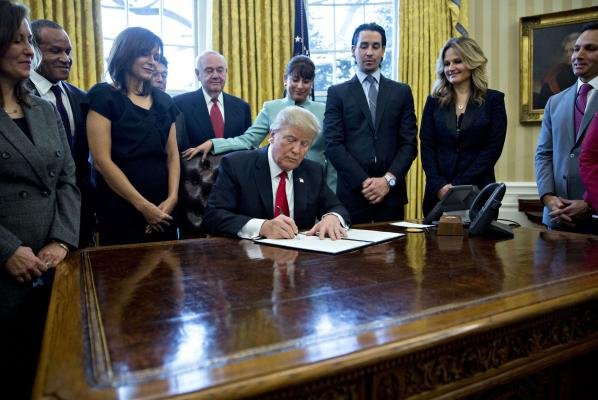 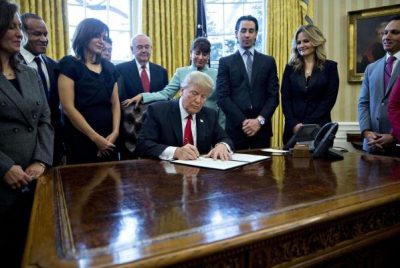 President Donald Trump on Monday signed an executive order requiring that for every new federal regulation, two existing regulations must be removed.

“This will be the largest ever cut by far in terms of regulation,” Trump said during a signing ceremony.

Trump signed the order, which he said was “a big one,” following a meeting with small business leaders. During the meeting, Trump said the “American dream is back,” adding that he wants to end regulatory discrepancy between small and big business.

Trump nominated Linda McMahon, World Wrestling Entertainment co-founder, to lead the U.S. Small Business Administration. During her Senate confirmation hearing on Tuesday, McMahon said she would be a staunch advocate for “the little guy” by minimizing regulations.

Trump echoed McMahon’s desire to reduce regulation during his meeting in the Roosevelt Room of the White House.

“We want to end the unfairness between small and big business caused by regulation,” Trump said. “We are going to simplify, reduce, eliminate regulations.”

Trump also threatened the Dodd–Frank Wall Street Reform and Consumer Protection Act, the massive financial regulatory law established under President Barack Obama that specifically targeted financial institutions that were “too big to fail” following the financial crisis of 2007-08, which led to the global Great Recession.

“Dodd-Frank is a disaster. We’re going to be doing a big number on Dodd-Frank,” Trump said.