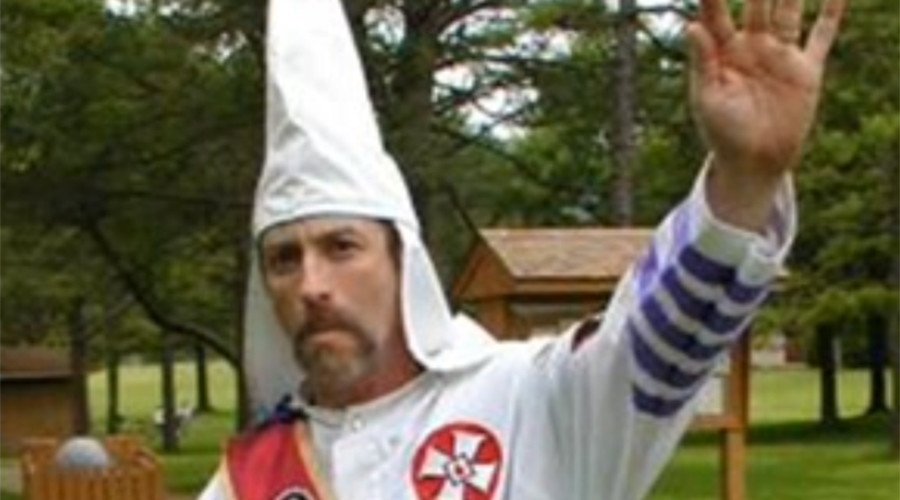 The body of a Ku Klux Klan leader was found near a river in Missouri, authorities confirmed Sunday.

Frank Ancona, 51, who was listed as an imperial wizard with the Traditionalist American Knights of the Ku Klux Klan, was found dead outside Belgrade, Mo., near Big River, the Washington County Sheriff’s Office confirmed early Sunday morning. Belrade is 90 miles southwest of St. Louis.

“Right now no one has been charged in his death, but that may change tomorrow,” Washington County Sheriff Zach Jacobsen said Sunday to the Park Hills Daily Journal.

On Friday, the sheriff said his office learned Ancona had gone missing. A Federal Forestry Service employee located Ancona’s vehicle on a forestry service road that day and waited until Saturday to search the area because it was dark outside.

The dispatch center received a call from a woman who was taking her family fishing that they had located a body near the Big River’s bank. The body was transported to the Washington County Corner’s Office for an autopsy and the family was notified late Saturday.

The Klan leader’s wife, Malissa Ancona, who lives in Leadwood, said she last spoke with her husband on Thursday morning and got a call from his employer saying he never came to work.

“He has an out-of-state job and had to make a run,” she said to KFVS-TV.

“Frank and I weren’t getting along too well,” Malissa said. “We were working on our marriage. He told me when he got back he was filing for divorce and took a bag of clothes with him.”

The KKK group’s website features a picture of him in a white hood and robe standing in front of a burning cross.

In 2014, Robert Jones, the Imperial Klaliff of the Loyal White Knights, said doesn’t think the Traditionalist American Knights are legitimate because he believed their leader, Ancona, to be Jewish.

Ancona denied that he was Jewish and called the Loyal White Knights and Jones a bunch of “drunks and druggies.”

“If I was a Jew, I’d admit it,” Ancona told the New Lenox Patch. “We don’t want their white trash Hoosier types. Apparently their messing around with alcohol has destroyed their last few remaining brain cells.”

On the website, Ancona said: “Our mission is to preserve our White culture and heritage but also be relevant to the happenings going on in our Republic today. We must defeat these communist socialist anti-God anti-white anti american enemies within our own borders. It is essential that we wake as many of our fellow White citizens up as quickly as possible and recruit them to our cause.”