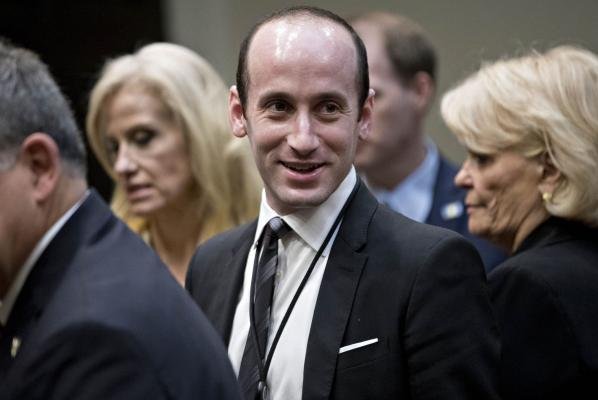 The White House is “considering and pursuing all options” to impose a travel ban on nations after Donald Trump’s executive order was halted in federal court, policy adviser Stephen Miller said Sunday.

Miller said on Fox News Sunday that the options are new executive orders and potential legal challenges, including an appeal of a circuit court decision to all judges on the court, an emergency stay at the Supreme Court, and a trial at the district level.

“We are contemplating new and additional actions … to ensure our immigration system is not [a vehicle] for terrorists,” said Miller, the author of the executive order.

On Thursday, the 9th Circuit Court unanimously voted against reinstating Trump’s Jan. 27 executive order to temporarily ban travel from seven mostly Muslim nations. The court was acting on the government’s appeal after the order was halted by a federal district judge on Feb. 3.

“The three judges made a broad, over-reaching statement,” Miller said. “The president’s powers here are beyond question. … Something good is going to come out of this. The powers of the president will be confirmed.”

Speaking on Meet the Press on NBC, Miller said there’s “no such thing as judicial supremacy.”

Miller said on NBC the ban was not intended to keep Muslims from entering the country, and the White House relied on an intelligence assessment. The executive order bars citizens of seven Muslim-majority countries from entering the United States — Iraq, Syria, Iran, Libya, Somalia, Sudan and Yemen — for 90 days and all refugees for 120 days, and indefinitely halts refugees from Syria.

He noted Steve Bannon, an assistant to the president, had “no role” in the roll out of the executive order. Initially travelers, including those with green cards, were detained at U.S. airports. Bannon is Trump’s chief political strategist and previously ran the “alt-right” Breitbart News website.

Miller said he was making the rounds on Sunday shows as a policy adviser and wouldn’t comment on whether Trump still has confidence in National Security Adviser Michael Flynn, after reports the retired general talked about hacking-related sanctions with Russia before Trump became president.

“That’s the question that I think you should ask the president” or Chief of Staff Reince Priebus, Miller told NBC’s Chuck Todd. “General Flynn has served his country admirably. He is a 3-star general. He’s head of the defense intelligence agency. And I look forward to having more discussions about this in the future.”

Vice President Mike Pence and White House spokesman Sean Spicer had said Flynn told them he did not talk about sanctions with the Russia. But on Thursday, Flynn’s spokesman said Flynn was not sure whether sanctions were discussed.

Body of KKK leader found near river in Missouri