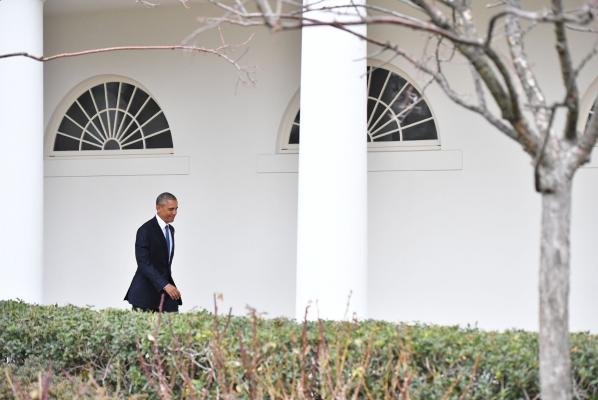 A survey of nearly 100 historians and presidential scholars from across the United States has rated Barack Obama as one of the top 12 greatest presidents in American history.

The 2017 Survey of Presidential Leadership, which rates American leaders on a variety of criteria, was released Friday by political broadcaster C-SPAN.

Overall, Obama received a score of 669 — which ranked him behind just 11 other American leaders.

“Although 12th is a respectable overall ranking, one would have thought that former President Obama’s favorable rating when he left office would have translated into a higher ranking in this presidential survey,” Howard University historian Edna Greene Medford said in a statement. “But, of course, historians prefer to view the past from a distance, and only time will reveal his legacy.”

Friday’s was C-SPAN’s third presidential ratings survey, after reports conducted in 2000 and 2009 — and the first appearance of Obama in the rankings.

The two-term president ranked highest in equality (No. 3), owing to his yearslong crusade to support civil and LGBT rights. The U.S. Supreme Court legalized same-sex marriage while Obama was in office. He rated lowest in congressional relations (No. 39) — partly because Republicans controlled both chambers for the final two years of his administration.

Obama ranked in the top 15 in seven of the 10 categories — contemporary performance (15), crisis leadership (15) and agenda (12) — and the top 10 in four — public persuasion (10), economic management (8), moral authority (7) and equality. He rated 24th in international relations and 19th in administrative skills.

Mattis to Iraqis: U.S. not in Iraq ‘to seize anybody’s oil’