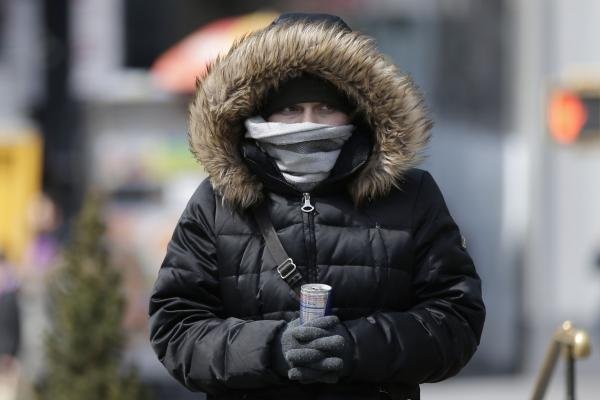 Officials have canceled hundreds of flights ahead of a nor’easter expected to drop more than a foot of snow and create blizzard conditions in some parts of the Mid-Atlantic and New England.

A late-season winter storm is expected to move through the Mid-Atlantic and up to New England through Tuesday.

“Confidence is high for a significant heavy snow and strong wind event affecting the Mid-Atlantic and New England Monday night and Tuesday,” the National Weather Service said in a statement. “Snow amounts 5-12 inches or more and strong winds may create blizzard conditions in places, difficult travel, and power outages. Aviation travel will likely be disrupted.”

Officials have canceled hundreds of flights for Tuesday, mostly in and out of Baltimore-Washington International Airport, LaGuardia Airport, Ronald Reagan Washington National Airport and Chicago’s Midway.

In the northern Plains to the Mid-Atlantic during the storm, afternoon highs are expected to be 15 to 30 degrees Fahrenheit below normal with the possibility of some record lows.

“It continues feeling like winter across much of the country, despite it is now mid-March,” the NWS added. “A large surface high pressure ridge over south-central Canada is sprawling southward into the central and eastern U.S., allowing for a continuous supply of January-like temperatures through the middle of the work week.”

Arkansas acquires drug for string of 8 executions next month