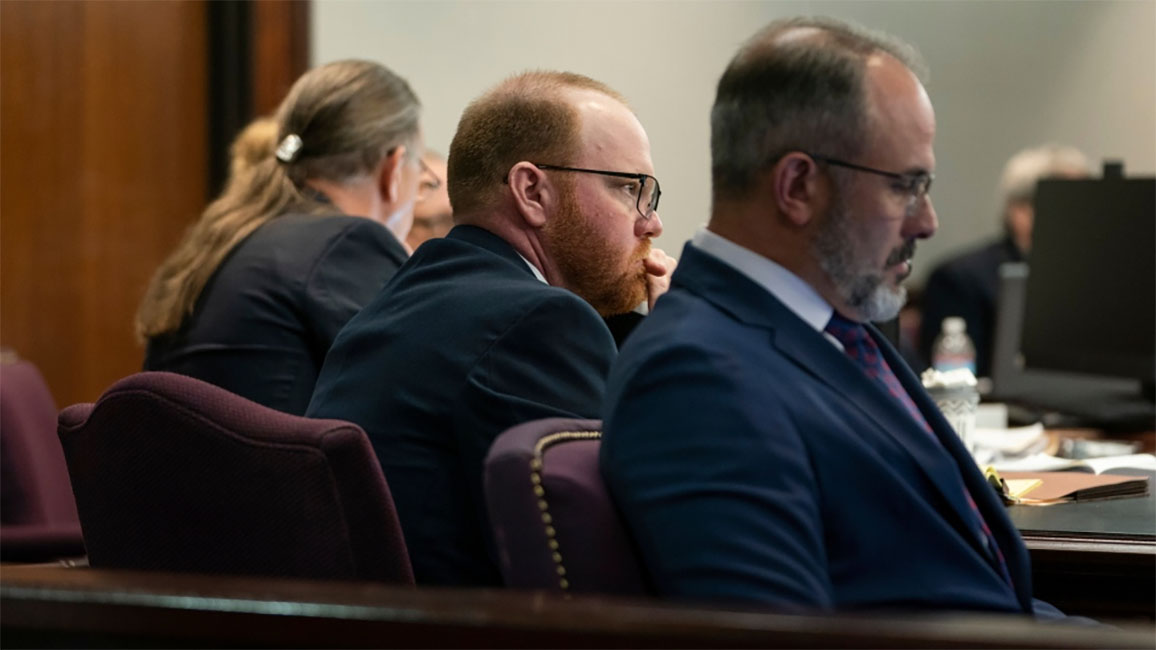 Attorneys were scheduled to give closing arguments Monday in the murder trial of three white men charged in the killing of Ahmaud Arbery, whose death became part of a broader reckoning on racial injustice in the criminal legal system.

Prosecutors and defence attorneys were expected to spend hours making their final cases to the disproportionately white jury. The jurors heard 10 days of trial testimony that concluded last week, not long after the man who shot Arbery testified he pulled the trigger in self-defence.

Father and son Greg and Travis McMichael grabbed guns and pursued Arbery in a pickup truck after spotting the 25-year-old Black man running in their neighbourhood on Feb. 23, 2020. A neighbor, William “Roddie” Bryan, joined the chase and recorded video of Travis McMichael opening fire as Arbery threw punches and grabbed for his shotgun.

No one was charged in the killing until Bryan’s video leaked online two months later and the Georgia Bureau of Investigation took over the case from local police. All three men face counts of murder and other charges.

Defence attorneys say the men suspected Arbery had burglarized a house under construction and intended to hold him until police arrived. Prosecutors say there’s no evidence Arbery committed any crimes in the neighborhood. They say the men chased Arbery for five minutes and used their trucks to prevent him from fleeing before McMichael shot him.

Arbery had enrolled at a technical college and was preparing to study to become an electrician like his uncles when he was killed. The McMichaels told police they suspected Arbery was a burglar because security cameras had recorded him several times in the unfinished house on their street.