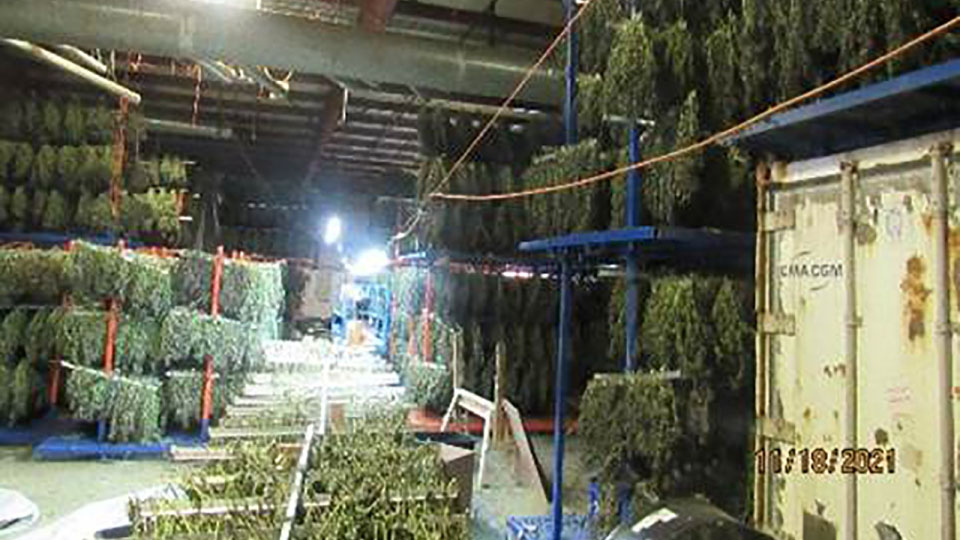 At a time when legalized marijuana sales are rising nationally, state police in Oregon last week seized 500,000 pounds (around 226,800 kilograms) of illegal marijuana in a bust outside Medford, Ore., that they estimated had a street value of US$500 million, police said.

Under Oregon state law, adults 21 and over may use cannabis within specified limits, but it is illegal to manufacture marijuana without a license. Oregon legalized recreational marijuana in 2015.

In last week’s bust, police said that OSP, Drug Enforcement Administration and officers from local law enforcement agencies seized the large cache of marijuana and a gun over two days.

“This is a very involved investigation and will be ongoing for several weeks,” OSP said in a news release.

OSP said investigators found that several of the individuals at the warehouses — who were initially detained, identified, interviewed and released — were migrant workers living on site. Police called the living conditions “subpar” and noted they lacked running water.

The seizure comes at a time when legalized marijuana is flourishing.

Sales hit $20 billion in 2020, are on pace to top $26 billion this year, and are projected to leapfrog to $45.9 billion in 2025, according to data from Marijuana Business Daily that were shared at the MJBizCon, the industry’s annual trade show.

The nearly $46 billion in sales would make the cannabis industry larger than the craft beer industry, said Chris Walsh, chief executive officer and president of MJBizDaily.