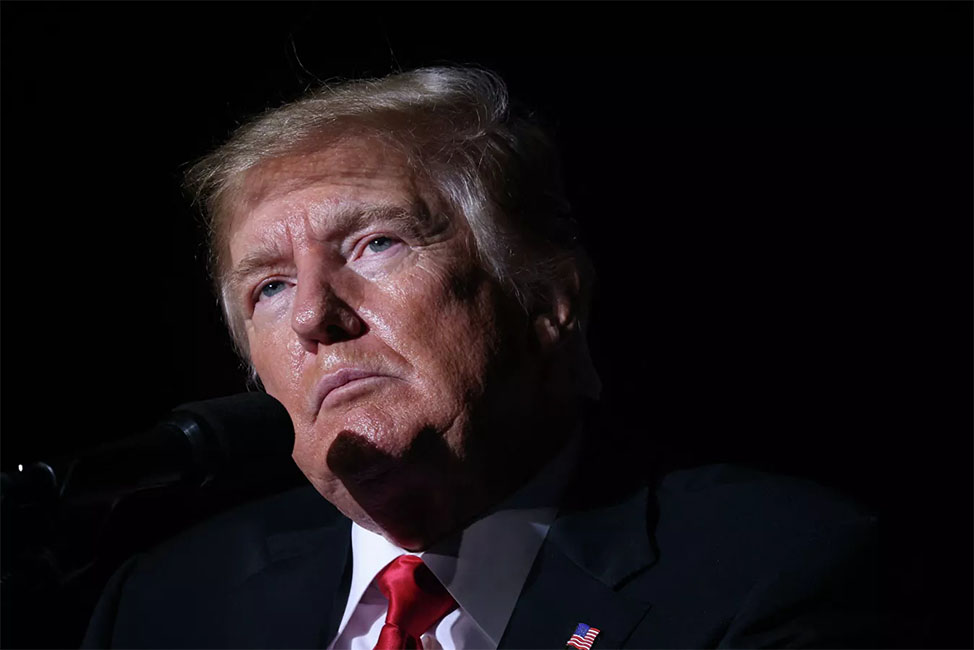 Former US President Donald Trump on Tuesday slammed President Joe Biden’s decision to release barrels of oil from the country’s strategic reserves and warned that Washington would now be at the mercy of OPEC.

Earlier on Tuesday, Biden announced the release of 50 million barrels of oil from the Strategic Petroleum Reserve (SPR) in concert with other energy-consuming nations, including China, India, Japan, South Korea and the United Kingdom.

“Now I understand that Joe Biden will be announcing an ‘attack’ on the newly brimming Strategic Oil Reserves so that he could get the close to record-setting high oil prices artificially lowered. We were energy independent one year ago, now we are at the mercy of OPEC, gasoline is selling for $7 in parts of California, going up all over the country, and they are taking oil from our Strategic Reserves. Is this any way to run a Country?” Trump said in a statement.

Trump recalled that for decades the US Strategic Oil Reserves had remained “low or virtually empty.”

“I filled them up three years ago, right to the top, when oil prices were very low. Those reserves are meant to be used for serious emergencies, like war, and nothing else,” Trump said.
Following Biden’s announcement, India said it would release 5 million barrels of crude oil from its Strategic Petroleum Reserves in coordination with other countries to lower prices. South Korea said it would also sell part of its oil inventories from its strategic reserves in order to stabilise prices, as proposed by the United States. The United Kingdom also announced the release of 1.5 million barrels of oil from its strategic reserves.

Meanwhile, reports emerged that the Japanese government, in coordination with a number of countries to reduce prices, plans to release enough oil from its strategic inventories sufficient for several days.

Homicide Count in US Capital Reaches 200 for First Time Since 2004, Report Says