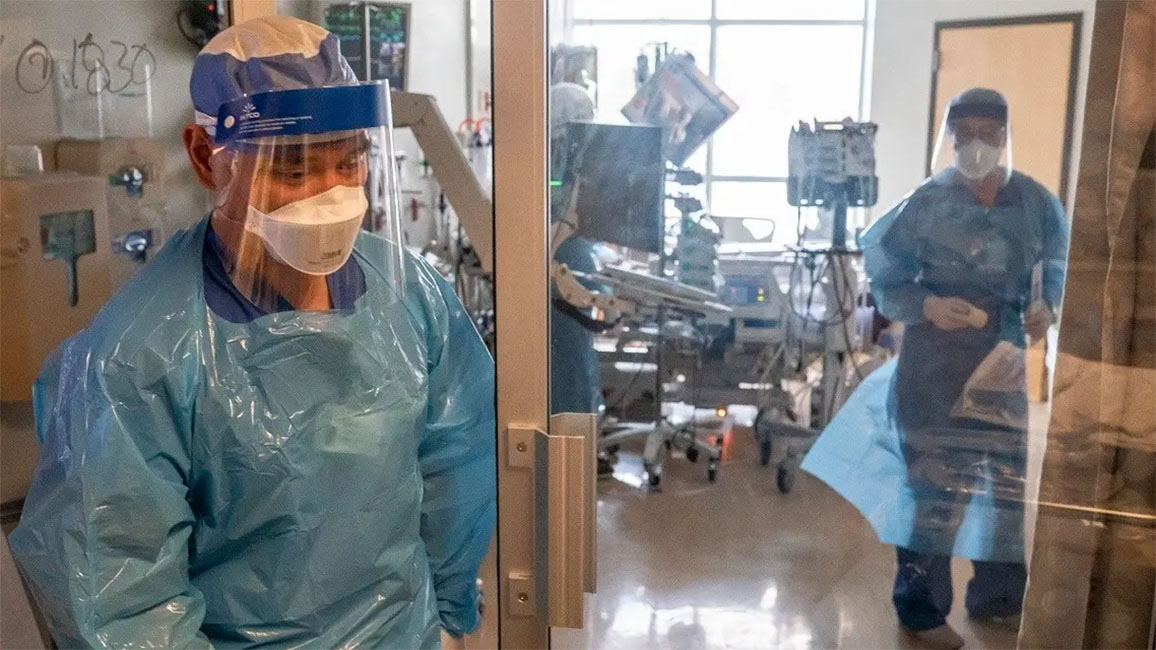 Hospitals across the United States are postponing elective surgeries to free up staff and beds due to a surge in COVID-19 cases driven by the highly transmissible omicron variant of the coronavirus.

Administrators say hospital staff shortages have been compounded in the last month by medical practitioners isolating or quarantining as they themselves are infected or exposed to the virus.

Hospital systems in nearly half of US states including Maryland, Virginia and Ohio have announced they would postpone elective surgeries, a Reuters review of public statements and local media reports found, and at least three state governments; New York, Illinois, and Massachusetts, have implemented or recommended state-wide delays.

Most of the areas where hospitals are suspending surgeries have seen either a peak or surge in daily COVID-19 hospitalization rates during December or January, data from the Centers for Disease Control and Prevention show.

The omicron surge has also forced the National Institutes of Health to postpone elective surgeries at the largest hospital in the United States devoted to clinical research, Reuters reported.

Suspending elective surgeries can create a backlog of cases, cause millions of dollars in lost revenue for hospitals, and in some cases lead to serious illness or deaths.

Care that is deemed elective can still be crucial, said Cynthia Cox, vice president at the Kaiser Family Foundation. Tens of thousands more people than is typical died from non-COVID causes during the pandemic and some of those deaths are believed to be related to delayed care, she said.

“It’s often cancer surgeries or other kinds of care that still needs to happen in a very timely manner for people’s safety and health,” said Cox.

The Ohio State University Wexner Medical Center, a Columbus-based center with over 2,200 beds across multiple hospitals, is tabling some non-urgent, elective surgeries requiring an overnight stay after a spike in COVID-19 hospitalizations, said Dr. Timothy Pawlik, chair of the Department of Surgery and surgeon in chief.

The seven-day average of daily new hospital admissions in Ohio is at an all-time high, the most recent CDC data shows.

The Baltimore hospital saw a 360 percent increase in patients hospitalized with COVID-19 in December, the highest it has experienced since the start of the pandemic, he said.

The Virginia Commonwealth University Medical Center, which suspended elective surgeries in its downtown Richmond, Virginia hospital, said it did so due to unprecedented demand for inpatient care driven by the Omicron variant.

The seven-day average of COVID-19 patients admitted to hospitals was up 60 percent from last week to 16,458 per day, CDC data shows, just 0.2 percent shy from the national peak in hospital admissions exactly a year ago.

Data from the US Department of Health and Human Services shows that over 82 percent of ICU beds nationwide are currently in use as of Thursday with over 27 percent in use for COVID-19 cases.

Elective surgeries had just begun to rebound this fall from the delays and cancellations that began when the pandemic hit in March of 2020.

US hospitals lost an estimated $22.3 billion between March and May of 2020 as a result of those cancellations, according to a January 2021 study published in the Annals of Surgery.

And now there are even fewer staff to handle both COVID patients and those needing elective surgery.

Around 450,000 healthcare workers, or 3 percent of the industry’s workforce, quit between February 2020 and November 2021, US Bureau of Labor Statistics.

Many hospitals are only suspending specific procedures and for shorter periods than during the early pandemic, said Akin Demehin, director of policy at the American Hospital Association.

“Hospitals have learned from that experience to identify those procedures that really do need to be done as quickly as possible and that allows them to be a bit more nuanced and how they might implement deferral or delays,” said Demehin.

Cuomo due in court virtually after DA drops fondling case