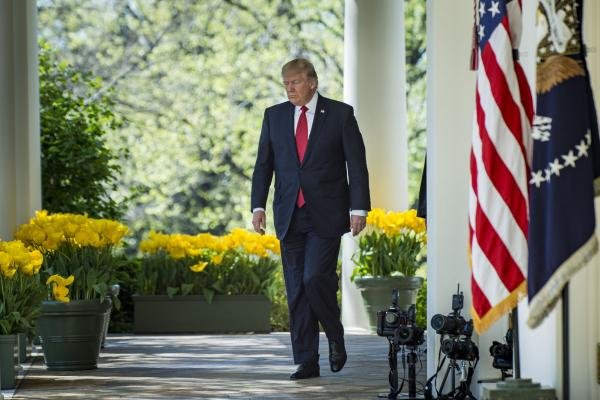 The list of visitors to President Donald Trump’s White House will not be made available to the public — a departure from the policy of former President Barack Obama during his eight years in office.

Although Trump’s decision isn’t uncommon — Obama was the only president to make his visitor logs public — it’s attracting attention because it’s a departure from eight years of precedent at a time of growing calls for greater governmental transparency.

Under Obama, the White House made the logs available for public review only after certain security standards were met. For example, the records typically weren’t released until weeks after the visits occurred. Also, Obama’s administration did not disclose 100 percent of the logs — redacting some for varying security reasons.

Further, the former administration went to federal court only months after Obama’s inauguration in 2009 to safeguard the right to withhold some records — a fact pointed out by Trump’s White House Friday.

The public can get a look at visitors to the Trump White House, but only after the billionaire leaves office. Under the new directive, the public will have to wait at least five years after Trump leaves before the visitor logs will become available for request.

Some government watchdogs have sought to publicize the records, by way of the Freedom of Information Act, but none have yet been successful.

“It’s disappointing that the man who promised to ‘drain the swamp’ just took a massive step away from transparency,” Citizens for Responsibility and Ethics in Washington Executive Director Noah Bookbinder said in a statement Friday. “This week, we sued the Trump administration to make sure they would continue to release the logs. It looks like we’ll see them in court.”

CREW’s lawsuit, which was joined by the National Security Archive and the Knight First Amendment Institute at Columbia University, seeks access to visitor logs from the White House, Trump’s Mar-a-Lago resort in Florida and Trump Tower in New York City.

The Homeland Security Department is targeted by the suit because it houses the U.S. Secret Service, the agency typically responsible for maintaining the visitor logs.

“Given the many issues we have already seen in this White House with conflicts of interest, outside influence and potential ethics violations, transparency is more important than ever, so we had no choice but to sue,” Bookbinder said earlier this week.

In 2009, Obama decided to make his visitor logs public after four similar lawsuits by CREW. By the time he left office in January, the Obama White House had publicized about 6 million visitor records.

“It would be a significant setback to efforts to give the public insight into who influences the White House if this policy were to be discontinued or limited,” the letter to Callahan stated. “Given the unique aspects of how President Trump has decided to conduct official business, we believe he needs to do even more just to meet the benchmark of transparency set by President Obama.

“President Trump has already taken four trips to his so-called ‘Winter White House’ at his Mar-a-Lago estate in Florida, during which he conducted official business in full view of Mar-a-Lago members and their guests.”

“This stunning decision to withhold White House visitor logs raises an obvious question — what is President Trump trying to hide?” Udall, who introduced a bill last month to mandate publication of visitor logs, asked Friday. “Once again, the Trump White House is stonewalling information that Congress and the American people have a right to see.”

“The president’s promise to ‘drain the swamp’ has never rung more hollow than it does today,” he added. “If President Trump won’t release this critical information on his own, then Congress must compel him to do so.”

Critics rejected Trump’s claim that the secrecy is needed on national security grounds — the same reasoning he’s provided for several of the administration’s maneuvers, including two attempts to deny U.S. entry for immigrants and refugees.

Other opponents have cried hypocrisy, pointing out that Trump wants to keep his visitor logs private but has no problem supporting a bill making it legal for Internet service providers to sell their customers’ web browsing histories — with neither their knowledge nor consent — to third-party marketers.

“This is a case about the public’s right to know who wields influence over the most powerful office in our government,” KFAI official Alex Abdo added. “In our view, the Freedom of Information Act requires the government to make this information available to the public.”

Related Topics:Donald TrumpU.SWhite House
Up Next