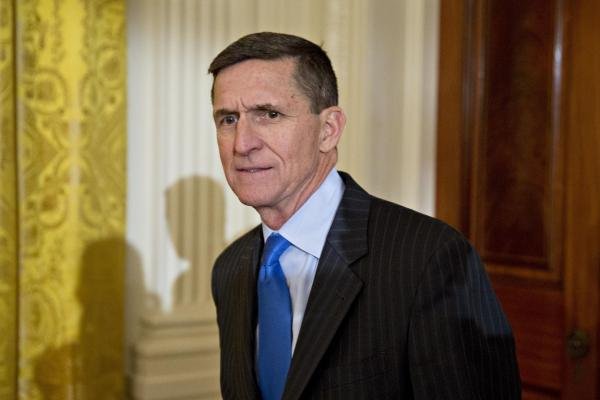 Documents released Thursday show Flynn was advised in 2014 by the Defense Intelligence Agency not to accept foreign payments as he entered retirement. A letter from the agency reminded him that as a retired military officer, he was still barred from receiving gifts or payments from foreign governments.

The committee also released an April 11 letter indicating Flynn is under investigation by the Pentagon inspector general.

Flynn was President Donald Trump’s first appointment as national security adviser. He was forced to resign after 24 days when information surfaced that he misled Vice President Mike Pence about his involvement with the Russian ambassador to the United States.

“These documents raise grave questions about why Gen. Flynn concealed the payments he received from foreign sources after he was warned explicitly by the Pentagon,” Rep. Elijah Cummings, D-Md., said in a statement. “Our next step is to get the documents we are seeking from the White House so we can complete our investigation. I thank the Department of Defense for providing us with unclassified versions of these documents.”

Flynn’s actions are part of at least four congressional investigations into alleged Russian involvement in the U.S. election process. In March he offered to speak with investigators in exchange for immunity from prosecution, but has not received consent from any committee to adhere to his conditions.

Information about the documents came two days after Cummings and Rep. Jason Chaffetz, R-Utah, said Flynn may have violated U.S. law by not disclosing payments he received from RT TV, a Russian television network with close ties to the Russian government.