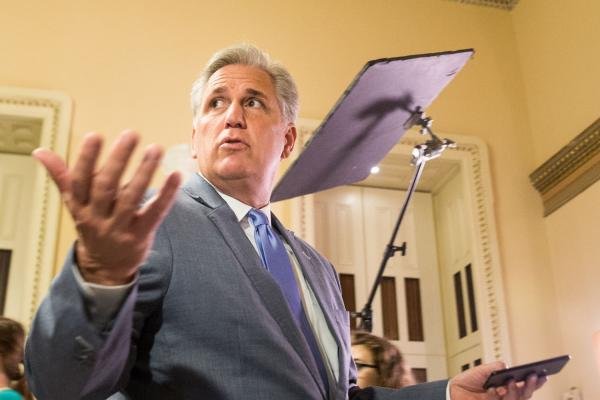 Congress, facing a May 5 deadline, will vote this week on the $1.5 trillion spending package.

“This agreement is good for the American people, and takes the threat of a government shutdown off the table,” Senate Minority Leader Chuck Schumer, D-N.Y., said in a statement.

“The bill ensures taxpayer dollars aren’t used to fund an ineffective border wall, excludes poison pill riders, and increases investments in programs that the middle-class relies on, like medical research, education, and infrastructure.”

Republicans and Democrats have battled for weeks over spending priorities, including Trump’s proposed border wall on health care subsidies.

On Friday, Trump signed a stopgap spending bill to avert a government shutdown, giving lawmakers another week to hammer out a deal on the federal budget.