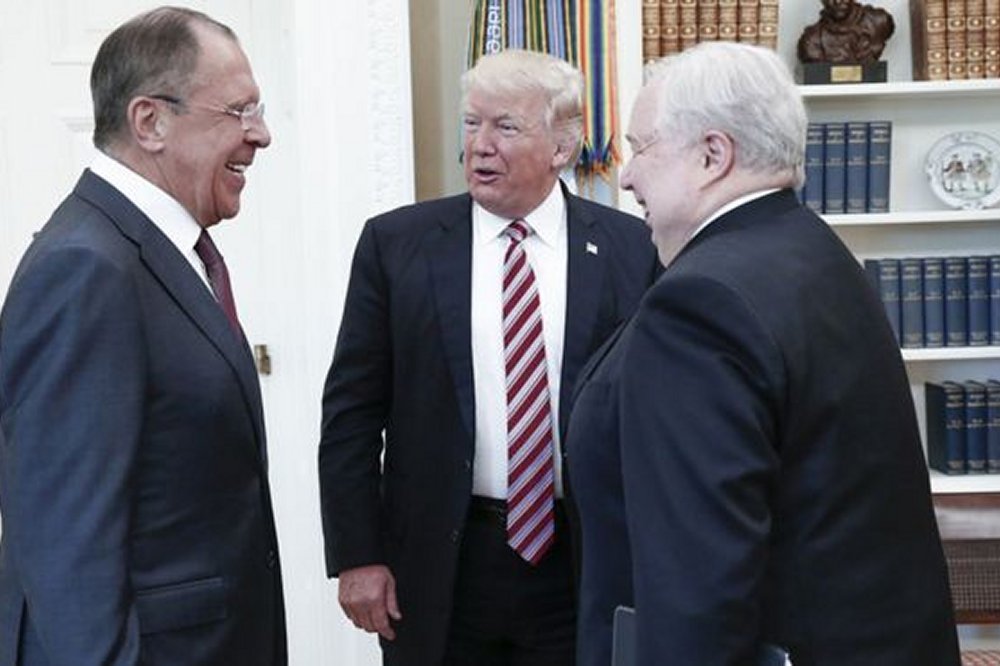 The information came from a partner of the US which had not given permission for it to be shared with Russia, says the Washington Post.

Officials denied the media report but a senior member of Mr Trump’s Republican party called for an explanation.

The Trump campaign’s alleged links to Moscow have dogged his presidency and are part of several investigations.

But the president has dismissed such allegations as “fake news”.

During the election campaign, Mr Trump repeatedly criticised his Democratic opponent, Hillary Clinton, for how she handled sensitive material.

In a conversation with the Russian foreign minister and the Russian ambassador, Sergei Kislyak, in the Oval Office, the president revealed details that could lead to the exposure of a source of information, officials told the Washington Post and the New York Times.

The discussion was about an IS plot and he reportedly went “off-script”. The intelligence disclosed came from a US ally, information considered too sensitive to share with other US allies, the papers report.

Others present realised the mistake and scrambled to “contain the damage” by informing the CIA and the National Security Agency, says the Post.

The meeting came a day after Mr Trump fired his FBI chief, James Comey, sparking criticism that he had done so because the FBI was investigating alleged Russian ties.

A Russian photographer was present for part of the meeting but US media were not allowed to attend.