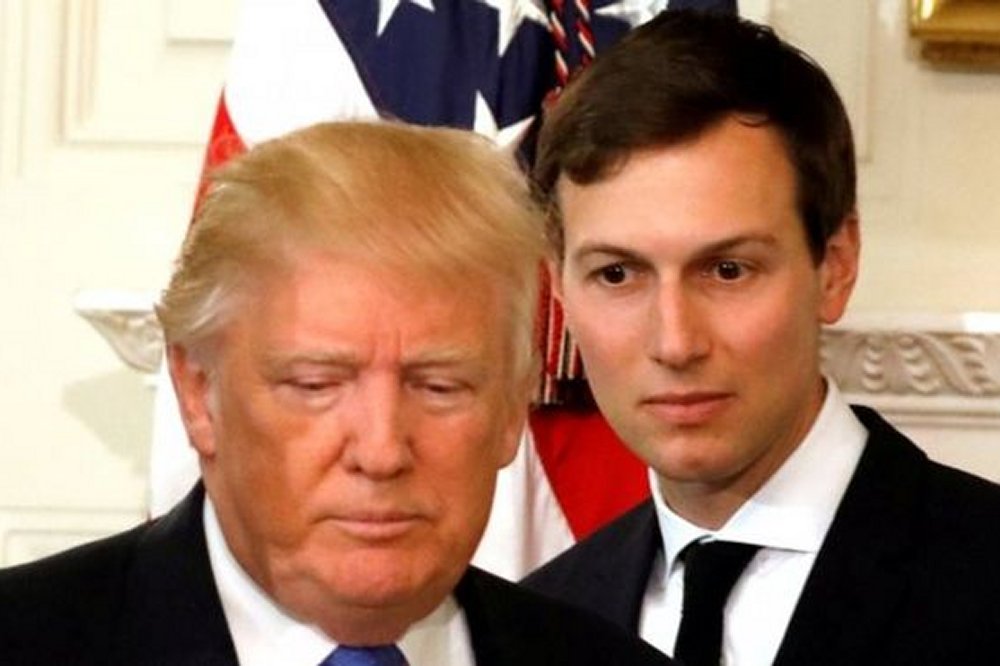 U.S President Donald Trump’s son-in-law and senior adviser, Jared Kushner, is under FBI scrutiny as part of the Russia investigation, according to US media.

Reports say investigators believe he has relevant information, but he is not necessarily suspected of a crime.

The FBI is looking into potential Russian meddling in the 2016 election and links with Mr Trump’s campaign. The president denies any collusion.

Mr Kushner’s lawyer said his client would co-operate with any inquiry.

President Trump has described the Russia investigations as “the single greatest witch hunt of a politician in American history”.

US intelligence agencies believe Moscow tried to tip the election in favour of the Republican, who beat his Democratic rival Hillary Clinton.

US officials, who were not named, told NBC News that the interest in Mr Kushner, 36, did not mean the investigators suspected him of a crime or intended to charge him.

Separately, the Washington Post reported that the investigators were focusing on meetings he held last year with the Russian ambassador to the US, Sergei Kislyak, and a banker from Moscow, Sergei Gorkov.

Mr Gorkov is the head of Vnesheconombank, which has been subject to sanctions imposed by the Obama administration in response to Russia’s annexation of Crimea and its support for separatists in eastern Ukraine.

The bank is under the control of Russian Prime Minister Dmitri Medvedev and other members of the government, and has been used to fund major projects such as the 2014 Winter Olympics in the southern Russian resort of Sochi.

Mr Kushner has said he did not discuss sanctions with Mr Gorkov.

Robert Mueller, a former FBI boss, last week was named by the justice department as special counsel to oversee the Russia inquiry.

Congress is also looking into Russia’s alleged meddling in the 2016 election and any Trump campaign ties.

Mr Kushner has already agreed to discuss his Russian contacts with the Senate Intelligence Committee.

“Mr Kushner previously volunteered to share with Congress what he knows about these meetings,” Mr Kushner’s lawyer Jamie Gorelick told the BBC.

“He will do the same if he is contacted in connection with any other inquiry,” the lawyer added.

Calls for a special investigation have mounted since President Trump fired the most recent FBI director, James Comey, earlier this month.

The White House has been engulfed in crisis over allegations that Mr Trump asked the ousted FBI chief to drop an inquiry into links between his ex-national security adviser Michael Flynn and Russia.

Mr Flynn was forced out in February after he misled the vice-president about his conversations with Russia’s ambassador before Mr Trump took office in January.

Russia has repeatedly denied any involvement in the US presidential election.