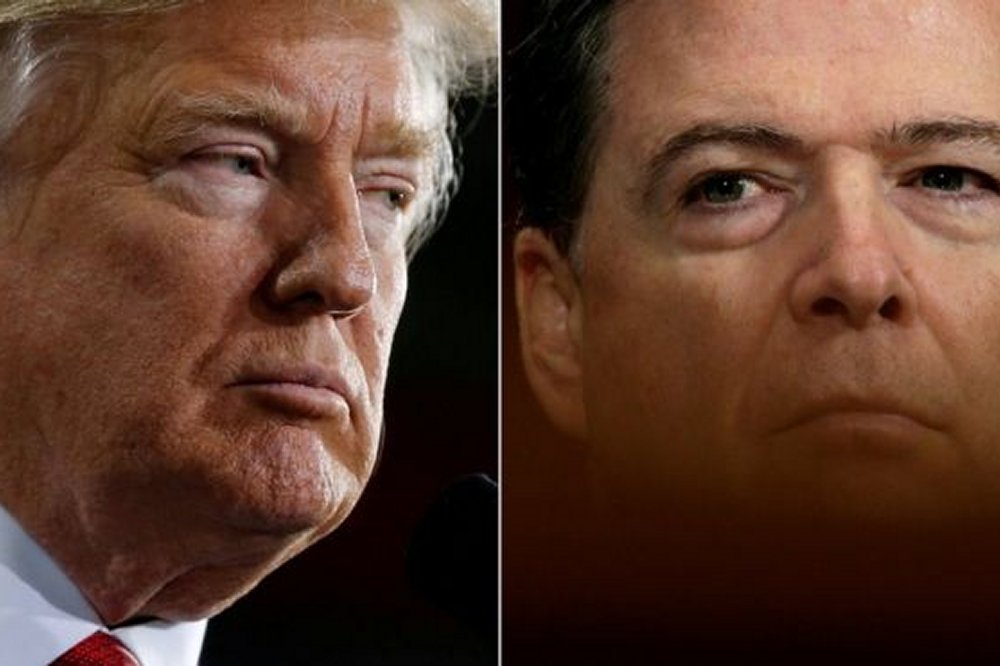 Former FBI Director James Comey will testify to Congress on Thursday that President Donald Trump told him at a dinner: “I expect loyalty.”

According to his opening statement, Mr Comey will also say the president asked him to drop an inquiry into fired National Security Adviser Mike Flynn.

Mr Comey will back up the president’s assertion that the FBI chief assured him Mr Trump was not under scrutiny.

He will say Mr Trump called the Russian probe “a cloud” over him.

In Thursday’s eagerly anticipated hearing before the Senate Intelligence Committee, Mr Comey will detail his interactions with Mr Trump leading up to his firing on 9 May.

He will say his first meeting with the president occurred on 6 January in a conference room at Trump Tower, where Mr Comey briefed him alone on “salacious and unverified” allegations about him.

A dossier compiled by a former British intelligence official claimed the Russian security services had compromising material on Mr Trump, including that he had been recorded consorting with prostitutes at a Moscow hotel.

Mr Comey’s statement says the president emphatically denied he had “been involved with hookers in Russia” during a subsequent meeting.

That denial came in a one-on-one dinner on 27 January at the White House, Mr Comey will say, adding that he had a “very awkward conversation” with the president that evening.

Mr Trump asked the FBI director during the discussion in the Green Room whether he wanted to stay in his job, Mr Comey will testify.

Mr Comey will say he found this “strange” because Mr Trump had already told him twice in earlier conversations that he hoped he would not step down.

The former FBI director will say the question “concerned me greatly” because he felt the dinner was an effort to “create some sort of patronage relationship”.

The former FBI director will say: “A few moments later, the President said, ‘I need loyalty, I expect loyalty.’

“I didn’t move, speak, or change my facial expression in any way during the awkward silence that followed. We simply looked at each other in silence.”

Mr Comey will say the president moved on, only to return to the subject near the end of the dinner.

The FBI director will testify that he explained to the president why it was so important that the FBI and US Department of Justice kept independent of the White House.

Mr Comey will say: “He [Mr Trump] then said, ‘I need loyalty.’ I replied, ‘You will always get honesty from me.’ He paused and then said, ‘That’s what I want, honest loyalty.'”

In testimony, the former FBI director will detail his next encounter with Mr Trump was during a meeting attended by intelligence chiefs in the White House on 14 February.

The president asked Mr Comey to stay at the end of the Oval Office meeting and told him: “I want to talk about Mike Flynn.”

Mr Trump fired Mr Flynn as national security adviser just 24 days into the job after he misled the White House about his conversations with the Russian ambassador.

The former FBI Director will testify that he did not say he would “let this go”.

Related Topics:Donald TrumpJames ComeyU.S
Up Next

Woman on trial for texts ‘driving boyfriend to suicide’