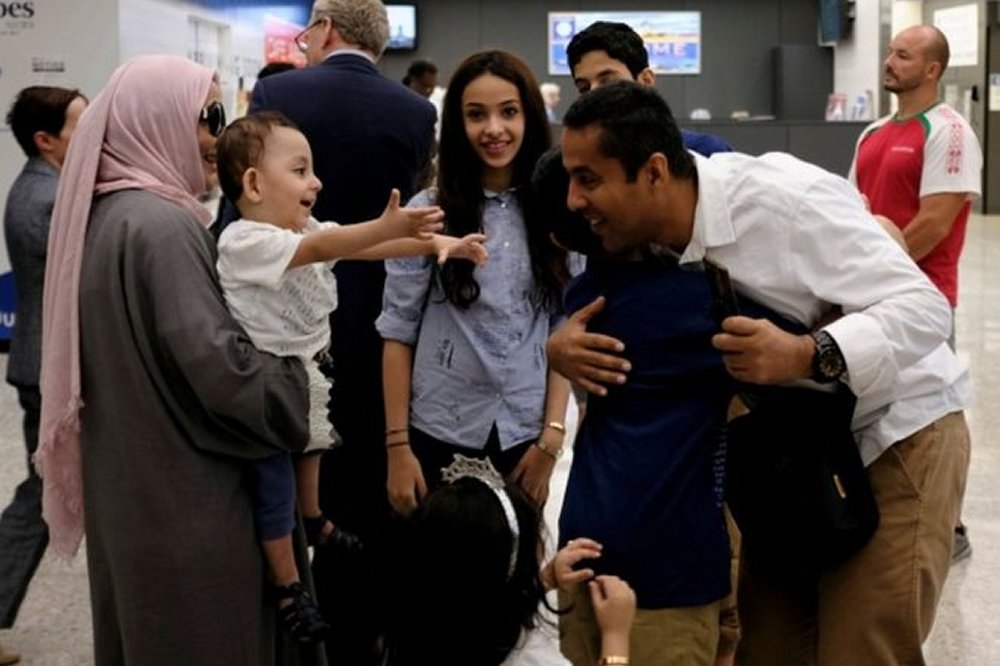 Grandparents and other relatives of people living in the US cannot be barred from entering under President Trump’s travel ban, a judge has ruled.

The order, by District Judge Derrick Watson in Hawaii, is a fresh legal blow to Mr Trump’s immigration crackdown.

The judge said the ban had interpreted a Supreme Court ruling too narrowly.

That decision, made last month, partly reinstated the ban on refugees and travellers from six Muslim-majority countries.

It said only those with “bona fide” family ties would be let into the US.

But the Trump administration decided that did not include grandparents, grandchildren, brothers-in-law, sisters-in-law, uncles, aunts, nephews, nieces and cousins.

Judge Watson, however, disagreed – and ordered that those restrictions should not be enforced.

The judge condemned the government’s definition of a close relative as “unduly restrictive”.

Judge Watson’s ruling has far-reaching consequences for the United States, and not just Hawaii.

He is one of about 700 judges in the district courts, which – despite the name – are part of the federal system, rather than local state courts. Their role is to interpret the law on federal issues using powers devolved to them by the Supreme Court.

The new ruling also offers hope to refugees who have a close relative already in the US, as they should now be able to enter – despite the fact that Mr Trump’s 50,000 cap on refugee admissions for the year was reached earlier in the week.

Another disputed issue was whether a refugee group agreeing to take someone in counted as the type of close connection needed to circumvent the travel ban.

But Judge Watson ruled that assurances from a resettlement agency were adequate.

“An assurance from a United States refugee resettlement agency… is formal, it is a documented contract, it is binding… bona fide does not get any more bona fide than that,” he wrote.

Hawaii’s attorney general, Douglas Chin, said the ruling meant the government could not ignore the “scope” of the Supreme Court decision “as it sees fit”.

“Family members have been separated and real people have suffered enough. Courts have found that this Executive Order has no basis in stopping terrorism and is just a pretext for illegal and unconstitutional discrimination,” he said.

Hawaii is continuing to prepare for the Supreme Court hearing later in the year, he added.

Mr Trump’s ban on travel to the US for people from Iran, Libya, Somalia, Sudan, Syria and Yemen has been controversial since its announcement.

The Supreme Court is still considering the current version of the law, and allowed a temporary ban to come into effect in June pending their full judgement.

However, critics including states and refugee advocacy groups have said the ban discriminates against Muslims.

An initial version of the ban, published in January, sparked mass protests at airports and a series of legal challenges that prevented its implementation.

Mr Trump drafted a new version in March, dropping Iraq from the list of countries, clarifying the position of “green card” holders, removing priority for “religious minorities” in mostly-Muslim countries, and softening a tough stance on Syrian refugees.

But courts struck down the new version within days, with a Virginia court claiming it was “rooted in religious animus” toward Muslims.

That prompted the Trump administration to go to the Supreme Court for a ruling, where conservatives hold a majority of five to four.

The nation’s highest court allowed the ban to go ahead temporarily, until it makes a full decision in October.