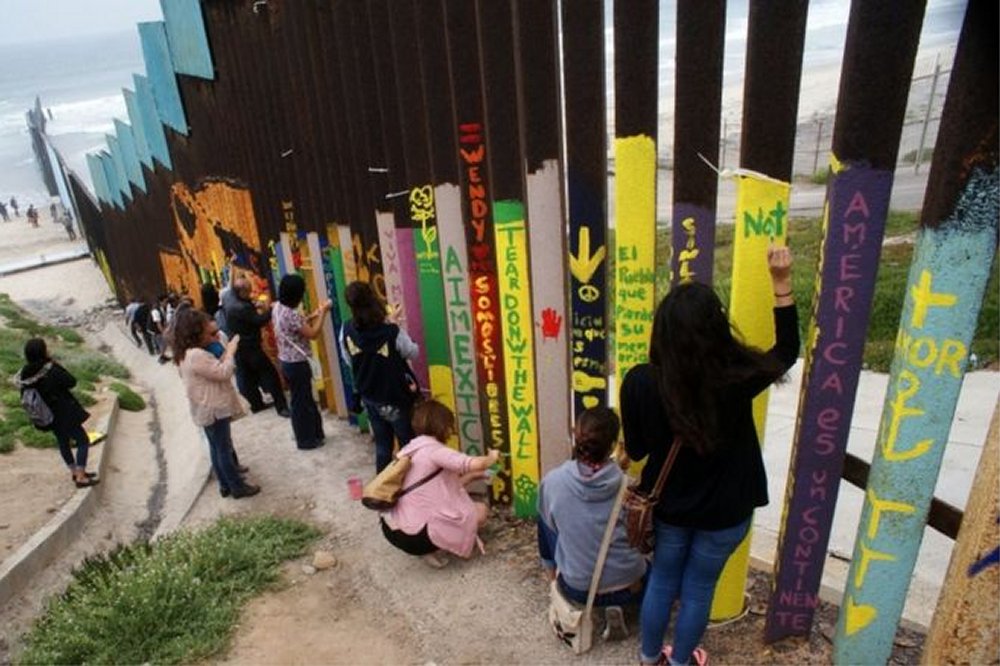 President Donald Trump says his proposed border wall may not need to cover the whole US frontier with Mexico because of existing natural barriers.

He told journalists travelling on Air Force One to France that it also needed to be transparent, to offer border guards visibility into Mexico.

He also reiterated his desire the final design would involve solar panels.

Building the wall, and having it paid for by Mexico, was one of Mr Trump’s key campaign promises.

Now, almost six months into his presidency, it seems he is acknowledging some of the geographical and practical difficulties of such a construction.

On the flight to Paris from Washington, Mr Trump told reporters that a wall along the whole 2,000-mile (3,200km) US-Mexico border might not be necessary.

“You have mountains. You have some rivers that are violent and vicious,” he said.

“You have some areas that are so far away that you don’t really have people crossing.”

Mr Trump said it was vital the new construction was transparent to protect border guards from drug traffickers.

“As horrible as it sounds, when they throw the large sacks of drugs over, and if you have people on the other side of the wall, you don’t see them,” he said.

Drug traffickers have used catapults and other innovative methods to transfer their illegal cargo, says the BBC’s Will Grant in Mexico.

However, tunnels are far more common, and it is certainly not clear that any border guards have been injured in the way that Mr Trump described, our correspondent adds.

Speaking to journalists, Mr Trump also confirmed he was still confident that the wall would involve vast solar panels. Last month he told supporters at a rally in Iowa that the panels would provide cheap energy and help to pay for the controversial wall.

During his campaign, Mr Trump insisted he would make Mexico foot the bill, but President Enrique Peña Nieto has dismissed the idea.

In his proposed budget unveiled in March, Mr Trump allocated $1.4bn for wall construction in the ongoing fiscal year, with another $2.6bn for the 2018 budget year starting on 1 October.

However, Congress did not approve any funding for wall construction this year – only cash for repairs to the existing fencing.

Mr Trump has now asked for $1.6bn towards the project, which is expected to cost up to $25bn.

In April, US Homeland Security chief John Kelly said it was doubtful that a wall along the full border would ever be built.

“It is unlikely that we will build a wall from sea to shining sea,” he said, adding that his department would look to build barriers in places that made sense.

Related Topics:Donald TrumpU.SUS-Mexico border
Up Next