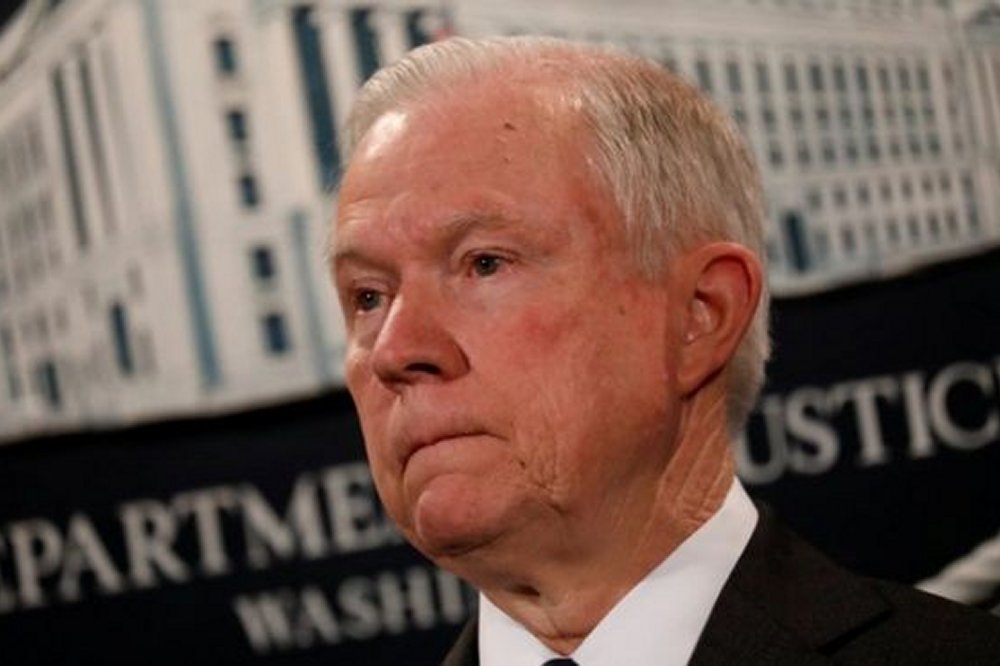 US President Donald Trump has said he would never have appointed Jeff Sessions if he had known the attorney general was going to recuse himself from leading a Russia investigation.

Mr Trump told the New York Times the actions of Mr Sessions had been “very unfair to the president”.

The president also accused Mr Sessions of giving “some bad answers” at his confirmation hearing performance.

Jeff Sessions has not commented on Mr Trump’s latest remarks.

He was one of Mr Trump’s earliest supporters in his White House bid, serving as a senior adviser on politics, national security and policy.

Mr Sessions would have headed the justice department’s investigation into alleged Russian interference in the US presidential election. Congress is also conducting inquiries.

His recusal ultimately led to the appointment of special counsel Robert Mueller to lead the investigation.

The Times interview reflects the anger the president feels at this development.

He said: “A special counsel should never have been appointed in this case… Sessions should have never recused himself, and if he was going to recuse himself, he should have told me before he took the job, and I would have picked somebody else.”

Mr Trump said Mr Sessions had given him “zero” notice of the recusal.

“How do you take a job and then recuse yourself? If he would have recused himself before the job, I would have said, ‘Thanks, Jeff, but I can’t, you know, I’m not going to take you.’ It’s extremely unfair, and that’s a mild word, to the president.”

Mr Trump then reflected on the performance of Mr Sessions at his Senate confirmation hearing in January at which he denied meeting any Russians. He later revealed he had met Russian ambassador Sergey Kislyak.

Mr Trump said: “Jeff Sessions gave some bad answers… He gave some answers that were simple questions and should have been simple answers, but they weren’t.”

The president suggested the justice department’s Russia investigation was rife with conflicts of interest, not least that Mr Mueller had wanted to replace James Comey, who Mr Trump had sacked as FBI director.

“There were many other conflicts that I haven’t said, but I will at some point,” Mr Trump said.

Mr Trump warned Mr Mueller about straying too far from his remit but again said he did not think he was personally being investigated.

US media have reported that Mr Mueller is investigating Mr Trump for possible obstruction of justice, both in the firing of Mr Comey and over whether Mr Trump tried to end an inquiry into sacked national security adviser Michael Flynn.

Associated Press news agency quoted a Trump adviser as saying that the president’s comments did not mean he was going to sack the attorney general, but the adviser questioned whether such a public dressing-down might prompt him to quit.

O.J. Simpson up for parole after serving 9 years of robbery sentence