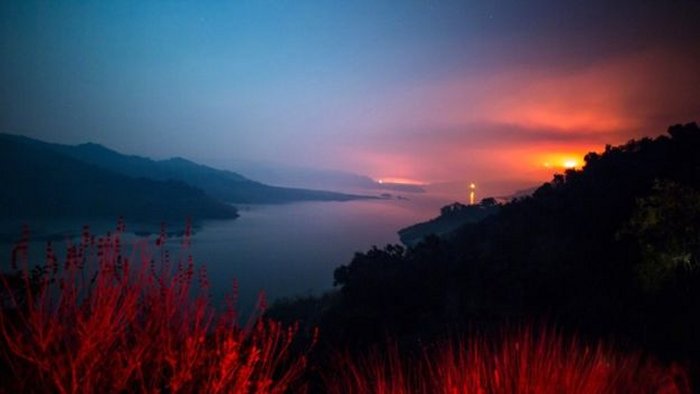 Nearly 200,000 residents have been evacuated from their homes in California as firefighters battle several raging wildfires.

Governor Jerry Brown declared a state of emergency in San Diego on Thursday after a new blaze spread from 10 acres to 4,100 acres in just a few hours.

Three firefighters have been injured and about 500 buildings destroyed.

One death has been reported – a woman’s body was found in a burned-out area in Ventura County.

But an official told the Ventura Country Star newspaper that the death, in the town of Ojai, may have been the result of a car crash not related to the fire.

About 5,700 firefighters have been battling the brushfires, officials said on Thursday, with firefighters drafted in from neighbouring states to help.

The Thomas fire in Ventura County to the north of Los Angeles remains the largest of the blazes and has spread as far as the Pacific coast.

It has consumed 180 square miles (466 sq km) since it broke out on Monday, and destroyed more than 430 buildings, fire officials said.

A BBC correspondent in Ojai says the blaze is burning in the hills all around and more than 100 fire engines have been seen driving through the town centre.

Some 450 elite racehorses in the area were let loose from their stables to escape to safety, the Associated Press news agency reports. Not all survived, but it’s not known how many died.

The White House said it was in contact with Californian authorities and ready to offer whatever help is needed. 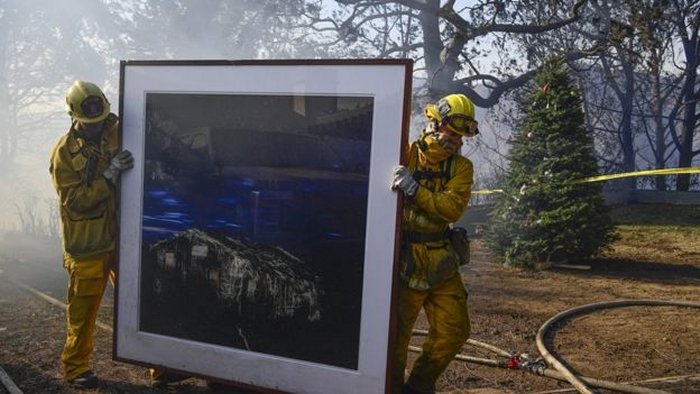 Authorities have issued a purple alert – the highest level warning – amid what it called “extremely critical fire weather”.

The powerful desert-heated Santa Ana winds have been fanning the flames.

The University of California, Los Angeles cancelled all classes on Thursday.

Though its campus lies outside the evacuation zone on the city’s west side, it said it took the decision “given the array of uncertainties”. 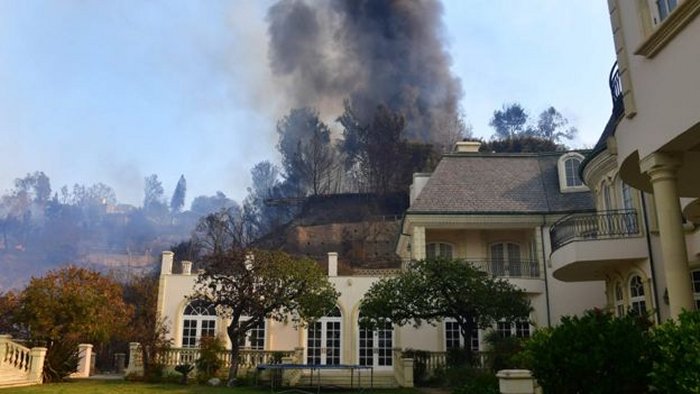 One in four schools in Los Angeles were also closed.

In the wealthy Los Angeles enclave of Bel Air, firefighters were seen removing artwork from luxury homes on Wednesday as the Skirball Fire raged.

The neighbourhood is home to celebrities and business leaders from Beyonce to Elon Musk. 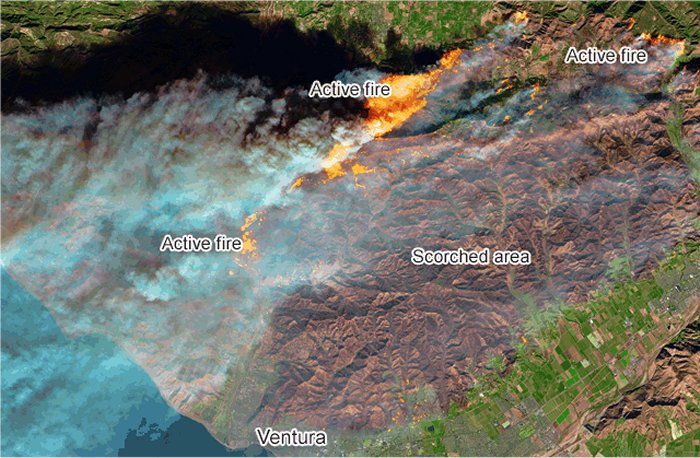 An estate and vineyard owned by Rupert Murdoch also suffered some damage.

The media mogul said in a statement: “We believe the winery and house are still intact.”

The Getty Museum, which is also at risk, said it would remain closed on Thursday.

It said it had not removed its artworks and that air filtration systems were protecting its collection – including pieces by Leonardo da Vinci, Van Gogh and Turner – from smoke damage.

Due to the devastating California Wildfires, and helping family evacuate to a safer place, I unfortunately have to cancel my show tonight. I look forward to returning to the stage this weekend and performing for my fans… https://t.co/tRMXiPOqUp

Another blaze north of Los Angeles, the Creek fire, was 20% contained and covered some 15,323 acres.