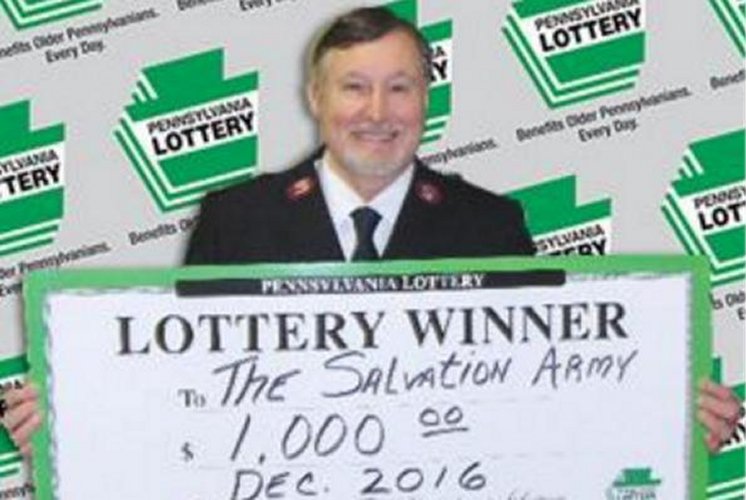 Lottery officials in Pennsylvania said a player who won $1,000 on an instant ticket did something very unusual with it — donated it to the Salvation Army.

The Salvation Army said the ticket was dropped into a red kettle outside the Walmart store in Erie on Dec. 6.

“We’ve received donations of winning instant tickets in the past, but they’re usually in an amount of $10 or $20 — never something of this size,” said Maj. Leslie Walter, officer of the Salvation Army in Erie. “We are very grateful for this generous donation, which will help us to serve people and families in need.”

The lottery praised the anonymous player for donating the large winnings.

“The Christmas season often brings out the best in people,” Lottery Executive Director Drew Svitko said. “It’s heartwarming to hear stories such as this one, and I applaud this anonymous winner for turning their good fortune into an act of charity that will benefit the community.”