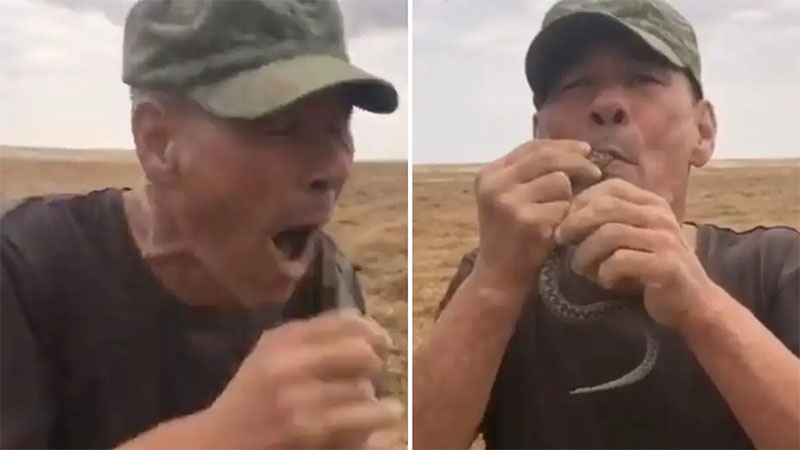 A man in Russia’s city of Astrakhan has died following an allergic reaction to a snake bite during a stunt performance to entertain fellow watermelon pickers.

According to a tabloid reports by The Daily Mail, the unidentified 55-year-old man was bitten on the tongue by the small steppe viper after his third time attempt at the trick.

The man was later rushed to hospital after his tongue swelled up and suffered from anaphylactic shock.

According to Russian agency Interfax, the man was rushed to the intensive care unit of the Kharabalin regional hospital on September 22. The report said the man was entertaining his friends in the field when he put the snake in his mouth.

A video of the stunt was posted on social media and went viral.