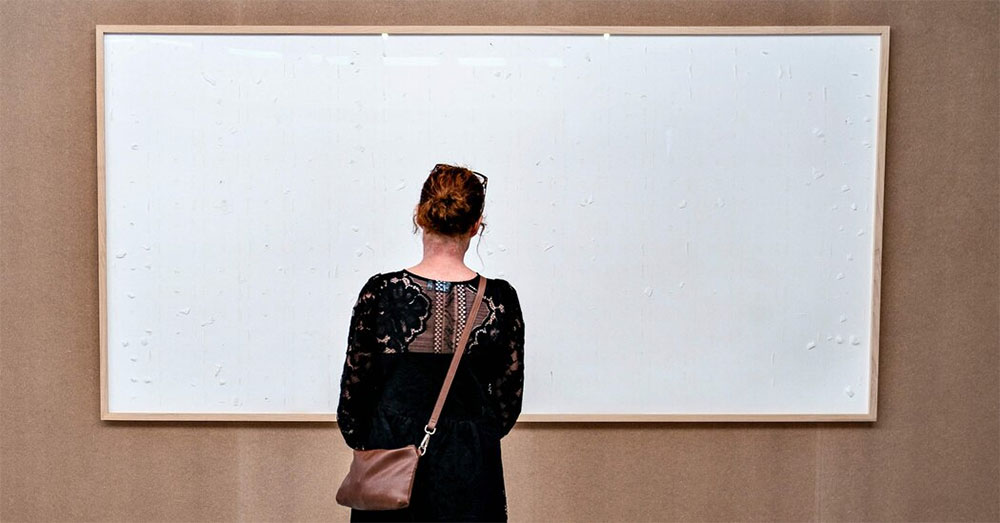 A Danish museum gave an artist around $ 83,000 to reproduce a pair of works that showed cash, reflecting the nature of work in the modern world.

Instead, the artist, Jens Haaning, turned over two blank canvases without a coin in sight, which are featured in the exhibition that opened last week at the Kunsten Museum of Modern Art. Haaning admits he did hardly any actual work on the project after receiving a commission from the museum in the northern city of Aalborg, but says he keeps the cash, in the name of art, of course.

“This is just a work of art if I don’t pay it back,” Haaning said in an interview. “I think I have created a good and relevant piece of art that could be hung on the wall.”

The Kunsten Museum’s reaction has been mixed, at least publicly.

Artistic merits aside, Haaning did not fulfill his original commission, Lasse Andersson, the museum’s director, said in an interview. He said the artist received 532,549 Danish crowns to reproduce two of his earlier works, in which he had framed stacks of crowns and euro notes to represent the annual wages earned by workers in Austria and Denmark.

Therefore, the museum expects that Haaning, whose actual commission payment was set at 10,000 crowns, less than $ 1,600, plus expenses, will return the money that was supposed to be contained in the artworks after the exhibition closed in January said Mr. Andersson said. Otherwise, he added, he is willing to take legal action.

But for now, the museum is playing along. Mr. Andersson said that Mr. Haaning’s trick was in the spirit of the commission, which should generate reflections on how and why people work for money.

“The work is interesting to me,” Andersson said. “It is partly a humorous comment: why do we work, what is satisfying in being good at something?”

The episode, Andersson said, echoed the Robin Hood story: “The clever Jens Haaning tricks the director of the biggest museum; it’s a story that’s funny too.”

But some of his colleagues weren’t as enthusiastic, according to another artist from the exhibition, John Korner, who was at the museum when Haaning’s work was delivered.

“The curators were clearly disappointed,” he said. “I don’t know what they expected. In fact, they asked me what I thought, maybe because I was the only artist in the museum at the time. “

Mr. Haaning’s latest creation has not come as a surprise to those familiar with his work.

The stunt mirrored some of their past performances, he said, which are often intended to cause them to upset “our notion of what is fair and just in our society, especially when it comes to underserved communities.”

Ms. Jankowski pointed to a particularly political piece from 1995 called “Gun Production,” in which the artist invited a group of young immigrants to the exhibition space to participate in a workshop on making street guns.

“It is a way of creating a work of art for a museum, which he has done many times before, and I think it has been overlooked,” he said in reference to his latest project. “Try doing a Google search for Jens Haaning and see what he’s done before. How can that come as a surprise?”