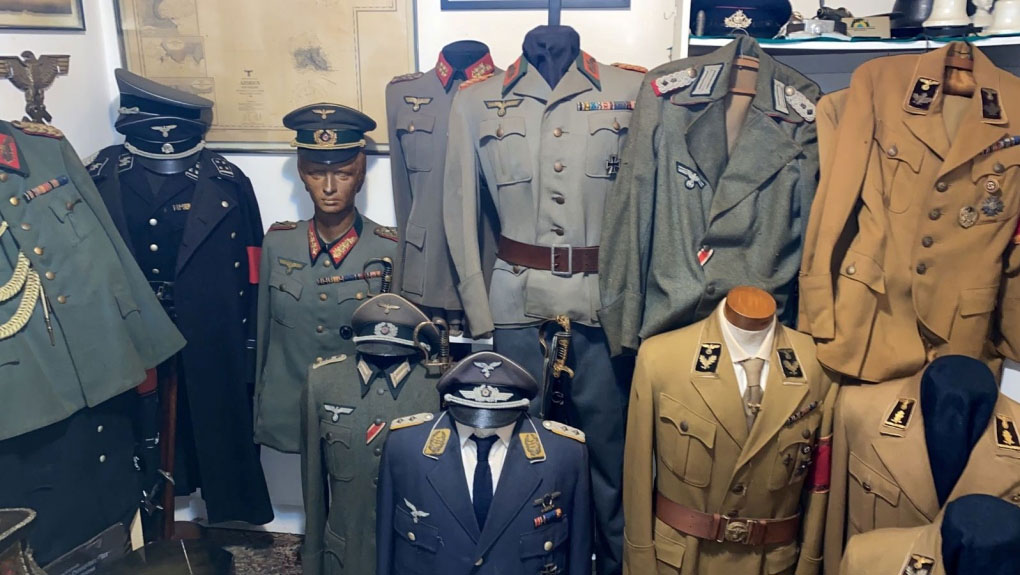 Police found a collection of more than 8,000 items of Nazi memorabilia on Tuesday at the house of a pedophile suspect in Rio de Janeiro, Brazil.

The collection was estimated to be worth 3 million euros (nearly C$4.3 million). It contained a variety of items from the Third Reich period, such as official´s uniforms, flags, insignias, coins, medals, images of Adolf Hitler, guns and ammo from the Nazi regime, according to Rio de Janeiro Police Chief Luis Armond.

“It´s appalling. I have never seen anything like it. I felt like I was at Inglourious Basterds [sic] movie,” Armond told CNN.

The memorabilia were discovered when police went to the 58-year-old man’s home to serve an arrest warrant on suspicion of pedophilia, after his neighbors reported seeing him “approach children” and tried to take them to his property, police said in a statement Wednesday.

According to police, in addition to the memorabilia, officers also found pornographic material involving minors on the man’s computer.

The suspect now faces several charges, including illegal possession of guns, racial discrimination, and possession of child pornography. Armond said the man faces up to 30 years in prison if convicted of the crimes.

“We are just starting the investigations, it’s not a common case. We need to trace how he acquired those items, from who and where. And now we have a problem on how to store it, since it can deteriorate or be stolen,” Armond said.

The acquisition of the Nazi items is suspected to have come from illegal auctions on the internet from different parts of the world, police said.

The memorabilia will be stored in Rio de Janeiro police museum for the time being.

B.C. woman awakes to a hole in her roof and a space rock on her pillow