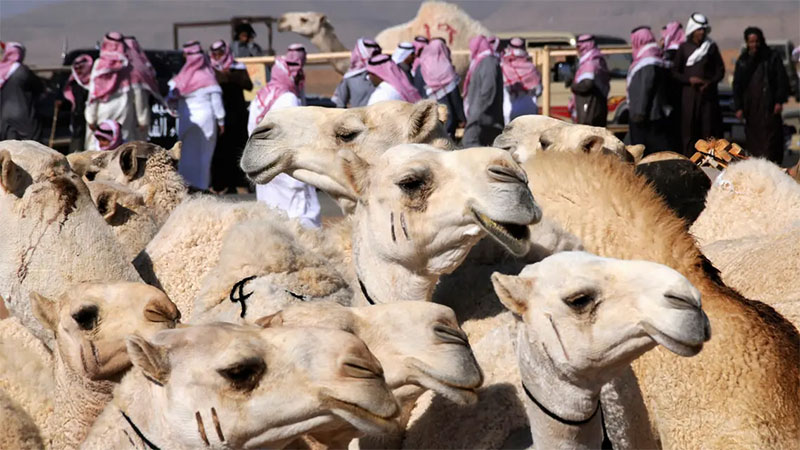 Organizers of the King Abdulaziz Camel Festival have carried out the biggest bust of Botox cheats in the event’s six-edition history, according to the official SPA news agency.

At least 43 participants were found to have artificially tampered with the appearance of camels in various ways including injecting Botox into their lips.

The stakes are high, as competition winners can take home a total of $66 million (250 million Saudi riyal) in prize money, and private sales can fetch millions of dollars.

Saudi Arabia’s Camel Club, which organized the event, is using a host of high-tech methods to judge the competitors.

Camels are inspected visually for desirable traits that include gait and physical proportions before undergoing x-rays, ultrasound tests, and genetic analysis.

The Camel Club said that the high number of violators found is evidence of the “strength and strictness” of fighting tampering.

A number of camel beauty pageants have sprung up in Gulf countries in recent years, including the Al Dhafra Festival in Abu Dhabi, United Arab Emirates.

The contests pay tribute to the traditional Bedouin heritage of the Gulf, which placed a high level of importance on the desert-dwelling dromedaries.

The King Abdulaziz Camel Festival is billed as the world’s largest and began on December 1.

It is taking place on a 32 square kilometer area around 100 kilometers northeast of the Saudi capital Riyadh.

Claims of Botox tampering have marred the festival since at least 2018.