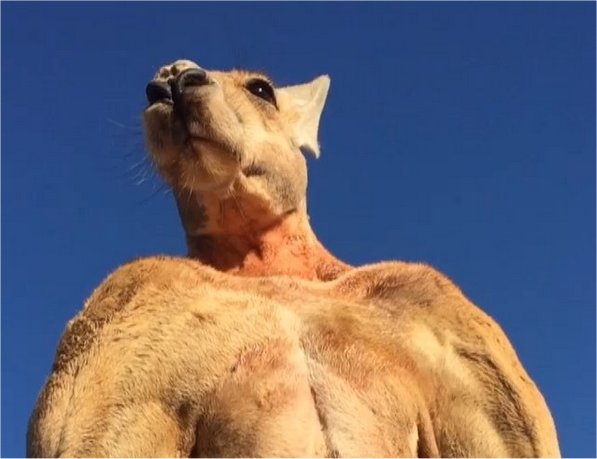 The keeper of a kangaroo that rose to international fame for his muscular physique suggested the marsupial should be immortalized with a statue.

Chris “Brolga” Barnes, star of the BBC’s Kangaroo Dundee and operator of the Kangaroo Sanctuary Alice Springs, suggested a statue of Roger the kangaroo be included in plans to revitalize the Todd Mall in Alice Springs, Northern Territory.

Barnes said Roger, a 7-foot ‘roo who became famous online for his impressive muscles, is one of Alice Springs’ most famous residents.

“Roger has recently been recognized as one of the 10 most famous animals in the world,” Barnes told NT News. “Photos and videos of Roger go viral all the time because he’s world-renowned as being really muscular, with a great physique.”

The Northern Territory government recently announced plans to invest nearly $15 million to revitalize the Todd Mall, with a further $750,000 allocated to bring a collection of fossils to the mall for display.

Barnes suggested a statue of Roger would help drum up tourist interest in the mall.

“Roger’s the star of Kangaroo Dundee and I think it would be great to recognize him by putting a statue of him in the Todd Mall,” Brolga said.