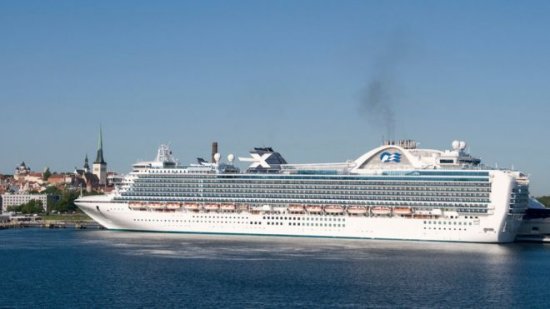 A man suspected of killing his wife while on a cruise ship in the US state of Alaska did so because “she would not stop laughing” at him, police say.

Kenneth Manzanares has been charged with the murder of his 39-year-old wife, whose body was found with severe head wounds in their cabin.

He was detained after security agents found blood on his hands and clothes, court documents said.

The victim has been identified by US media as Kristy Manzanares, from Utah.

A witness who entered the couple’s cabin before the security agents said he saw the 39-year-old suspect dragging the victim’s body to the balcony, the documents said.

The witness then grabbed the woman’s ankles and pulled her back in.

When he asked Mr Manzanares what had happened, the man allegedly said: “She would not stop laughing at me.”

Later, during a search by FBI agents, the suspect said, according to the documents: “My life is over.”

The incident happened on Tuesday night on the Emerald Princess cruise ship, operated by Princess Cruises. It had departed with some 3,400 passengers from Seattle on Sunday for a week-long trip.

Kristy Manzanares was described by her employer, Summit Sotheby’s International Realty, as being a “dedicated and loving mother who juggled her business schedule to make her children a top priority.”

The FBI is investigating the case because it occurred in US waters. A spokesman said other family members were onboard the ship on the same trip, but details about them have not been released.

Mr Manzanares made his first appearance in a federal court in Anchorage via video link from Juneau, where he was being held. A hearing has been scheduled for 10 August.