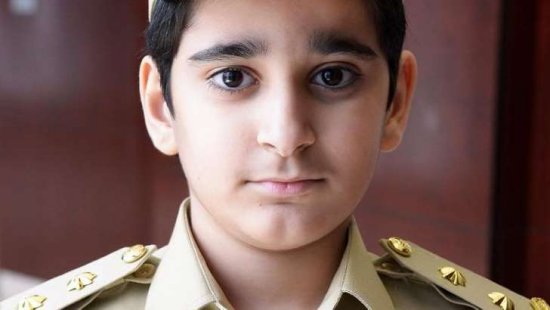 The boy expressed his wish in a video that his father had posted on Twitter. Al Marri received the child, who was escorted by his father, at his office at the GHQ of the Dubai Police, in the presence of Amna Al Banna, director of the social media department who is also member of the Happiness and Positivity Council of Dubai Police. Al Bana noted that the department and the council contacted the boy’s family after Al Marri directed to realize the child’s wish.

They took the size of the boy and a police uniform of a First Lieutenant was tailored for him.

Al Baloushi, who is a grade 4 schoolboy at a RAK school, was extremely happy for getting his wish materialized.

Man killed wife on cruise ship for ‘laughing’ at him