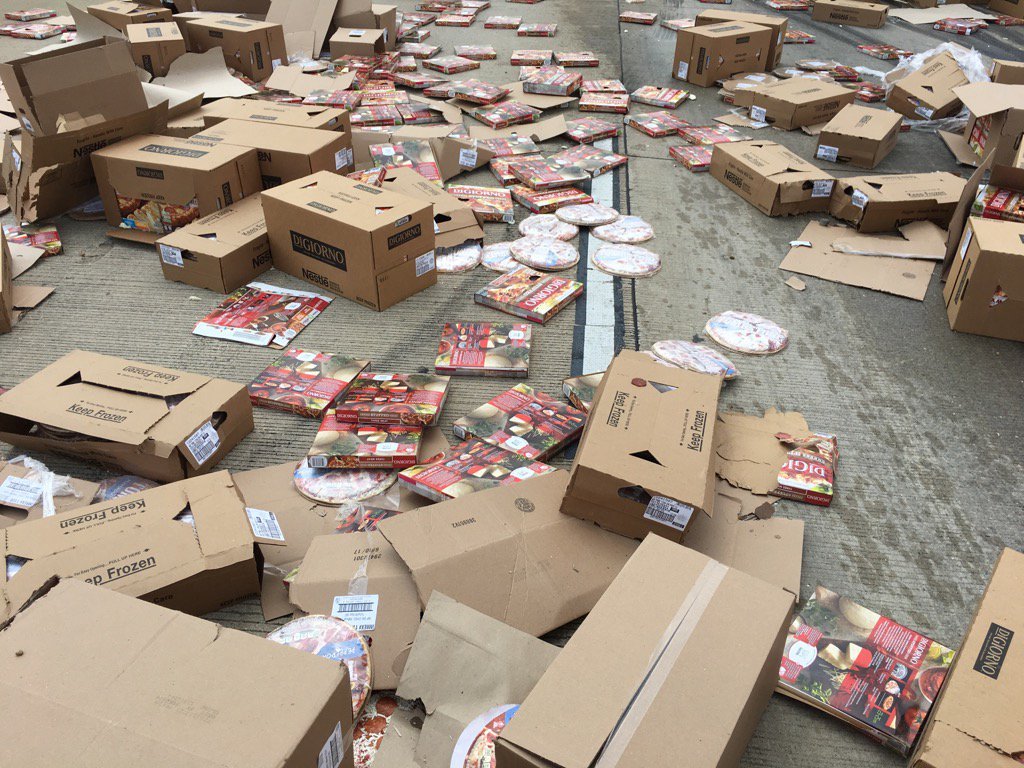 Traffic on a stretch of interstate in Arkansas was brought to a greasy halt when a truck crash spilled hundreds of frozen pizzas onto the road.

The Arkansas Department of Transportation said the truck’s trailer was torn apart about 1 p.m. Wednesday when it struck the Mabelvale Pike overpass on Interstate 30 in Little Rock.

The damage caused the truck’s diesel fuel and its load of frozen DiGiorno and Tombstone pizzas to spill out onto the road.

ARDOT spokesman Danny Straessle said there were no human injuries.

“But there’s a lot of frozen pizzas laying out on the interstate right now,” Straessle told Arkansas Online. “Lots of pizza fatalities.”

Heavy equipment was brought to the scene to scrape the dough, cheese, and pepperoni off the pavement.

“It made for some very slick conditions, believe it or not,” Straessle told the Arkansas Democrat-Gazette.

All lanes of traffic were reopened by 5:30 p.m., more than four hours after the crash.