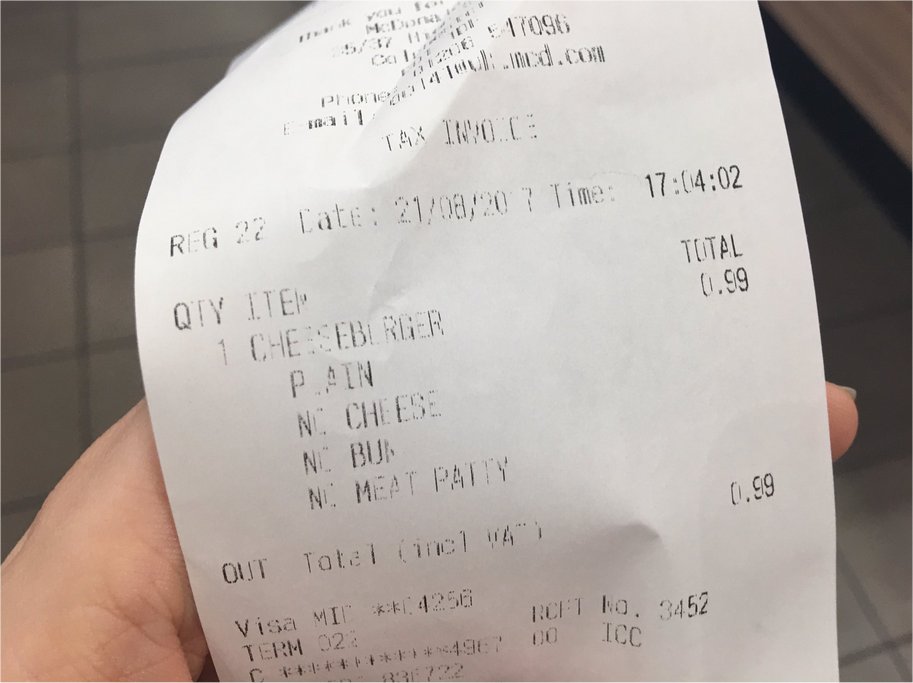 A teen in England spent 99 cents to order “nothing” from McDonald’s after removing all of the ingredients from the order.

Twitter user Ari shared photos of the order and the resulting receipt that featured a charge of 99 cents for the list of ingredients that added up to nothing.

“I just spent 99p for nothing from McDonald’s,” Ari wrote.

Ari originally planned to order a cheeseburger without pickles, but soon realized the order station offered the option to remove every single ingredient.

After removing the onion, ketchup, mustard, cheese, bun and beef patty from the order the teen was left with nothing but an empty bag and a 99 cent bill.

“This tweet actually cost me money to make, I’m gonna be pissed off if it doesn’t blow up,” Ari tweeted.

It also inspired other Twitter users to imagine other unusual orders including removing all of the ingredients except for ketchup.