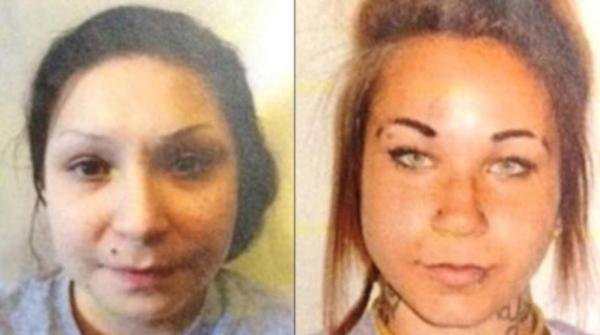 Two women who escaped a Canadian prison on Monday were found by police the next day in an escape room.

Kelsie Laine Marie Mast, 23, and Samantha Faye Toope, 20, jumped over the fence of the Edmonton Institution for Women and got away, reported the CBC.

The fleeing convicts weren’t found again until Tuesday when they wandered into Sidequests Adventures, Inc., an escape room business where participants are given a set amount of time to develop strategies and solve problems to get out of a confined space.

“They asked to see one and we said, ‘Sure, no problem.’ That’s a pretty normal thing. A lot of people want to see what they’re getting into before they book,” said Jonathan Liaw, a co-owner of Sidequest.

Moments later a police officer entered the business and asked if the escaped prisoners were in an escape room. He then called for backup and proceeded to arrest them.

“It’s funny and ironic that escaped convicts run into an escape room and get caught,” Liaw told the Edmonton Journal.

Mast was serving a 33-month sentence for trafficking in a controlled substance, theft, possession of property obtained by crime, mischief and failing to comply with conditions.

Toope was serving two years for robbery, theft, possession of property obtained by crime, dangerous operation of a motor vehicle, operating a motor vehicle while disqualified, failure to attend court and failing to comply with conditions.

Google Maps error sends tourists to a dead-end in Australia