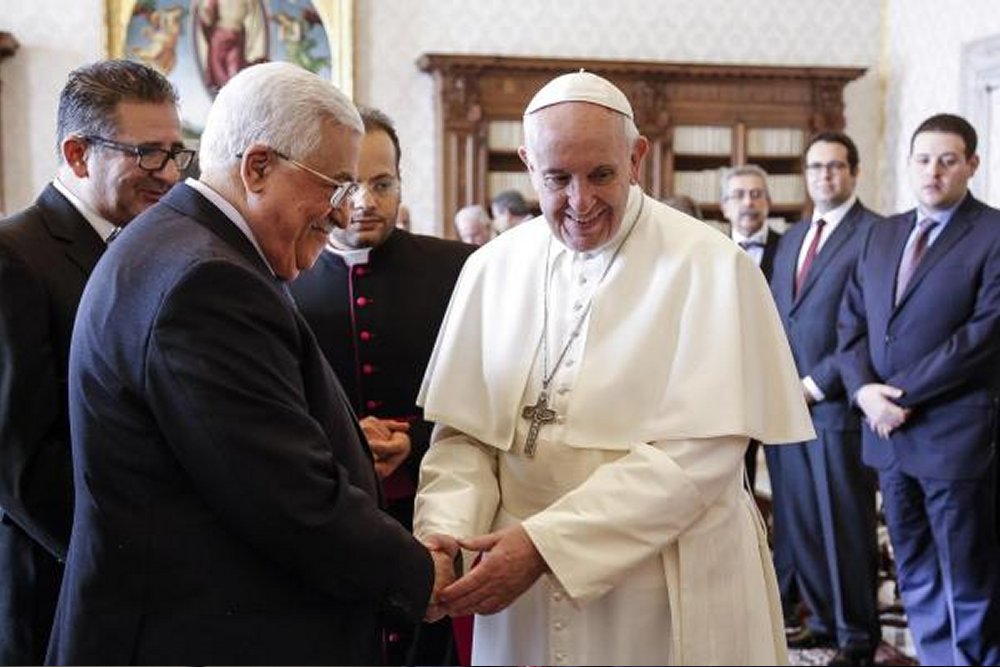 The Palestinian Authority has opened an embassy at the Vatican on the eve of a peace conference meant to revive long-stalled talks with Israel.

The embassy confers a new level of legitimacy on Palestinian President Mahmoud Abbas, who was granted an audience with Pope Francis on Saturday. While the Vatican has maintained close ties with Israel, Francis has increasingly spoken on behalf of the Palestinian people, encouraging both sides to reach a deal that creates a Palestinian state recognized by Israel.

“This embassy is a place of pride for us and we hope that all of the countries of the world recognize the state of Palestine, because this recognition will bring us closer to the peace process,” Abbas said at the Vatican.

Abbas is headed to Paris next, where he will participate in a 70-member conference on Middle East peace hosted by the French government.

Palestinians have long called for the creation of a state along the pre-1967 border with Israel that includes land on the West Bank, Gaza and with sovereign control over east Jerusalem, the latter of which is a nonstarter for Israel, which views the whole of Jerusalem as its capital.

Trump says no to Davos

Turkey says it may shut off U.S. access to Incirlik Air Base