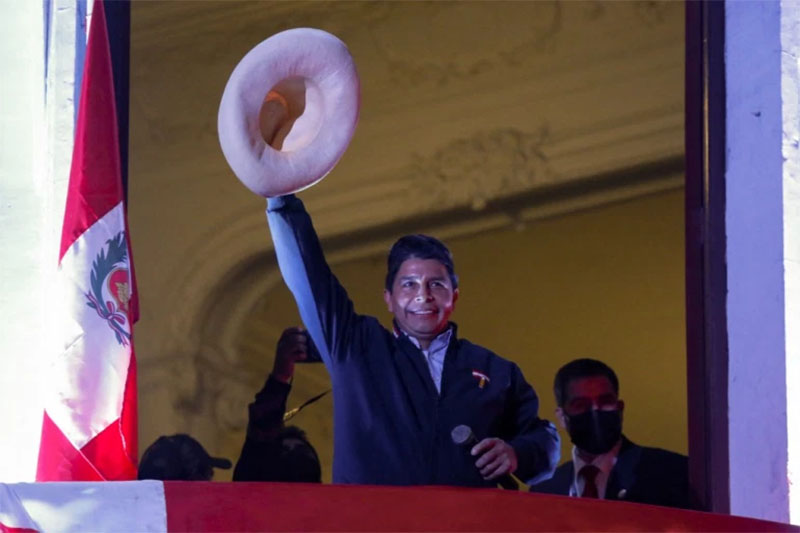 Peru’s presidential election frontrunner Pedro Castillo was poised for victory, despite legal wrangles over the ultra-close vote count that had ignited tensions in the Andean nation.

“We call on the Peruvian people to stay alert,” Castillo told supporters on Friday night in the middle of last-minute legal disputes over the tight vote count.

According to local media, electoral authorities had considered changing rules to allow right-wing rival Keiko Fujimori to challenge the validity of some 200,000 votes, but ultimately declined to make the changes in the afternoon, following intense pressure from Castillo’s camp.

In a boost for Castillo and a blow to Fujimori, the Electoral Observation Mission of the Organization of American States said the vote was a “positive electoral process” in which “serious irregularities” were not detected.

“The Mission has not detected serious irregularities,” said the preliminary report of the group headed by former Paraguayan foreign minister Ruben Ramirez.

Castillo is ahead of Fujimori by only 60,000 votes with 99.6 percent of votes counted.

Castillo, an elementary school teacher who has fired up support from poorer, rural Peruvians, had raised concerns about plans by the opposition to nullify votes in underserved areas where he had majority support and sought clarity from the electoral body about the process.

The comments underscored rising tensions in the copper-rich nation that has been on tenterhooks since the vote last Sunday.

Castillo has 50.2 percent of the ballots, narrowly ahead of Fujimori, who has made unsubstantiated allegations of fraud.

Peru’s electoral jury has not commented during the day on the media reports that said it was considering changing the rules.

Vladimir Cerron, head of Castillo’s Free Peru party, was even more strident, saying on Twitter that “the people must rise up” in defence of the vote. He had earlier claimed victory for Castillo in the knife-edge election.

The country’s electoral authority has yet to confirm a winner, but most observers and some regional left-leaning leaders, including from Argentina and Bolivia, have congratulated Castillo as the victor, prompting protests from Peru’s government.

“Several presidents in the world are congratulating the victory of Pedro Castillo, in other words, he has solid international legitimacy,” Cerron wrote.
Fujimori has yet to concede the election and her supporters have called for protests against the result.

The daughter of jailed former President Alberto Fujimori, she has doubled down on unsubstantiated allegations of fraud, and members of her party have said they will not concede until all votes are counted and appeals concluded, which could still take days.

Castillo himself has also stopped short of proclaiming himself the winner.

The election has bitterly divided Peruvians among class lines, with higher-income citizens supporting Fujimori while many low-income Peruvians supported Castillo, including in key mining regions of the country, the world’s number two copper producer.

Castillo was not a member of the Free Peru party before his presidential run. It is still unclear whether he would adopt its far-leftist stance for the economy if in power.

In recent days, he has recruited Pedro Francke, a moderate left economist as his adviser.