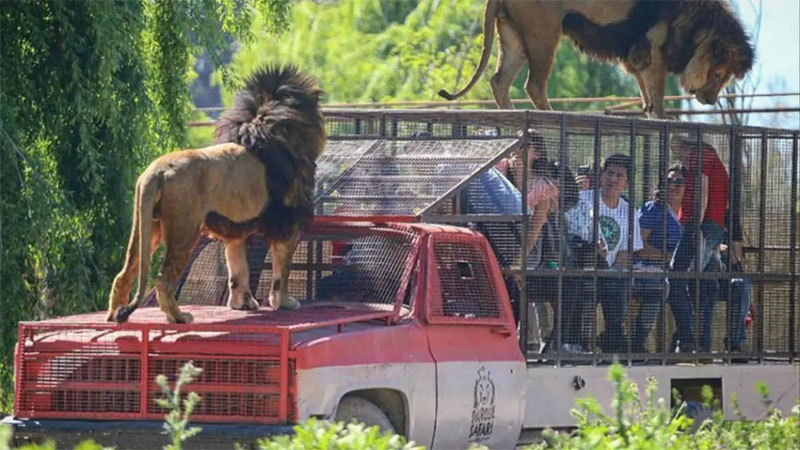 A young woman working at a Chilean safari park died on Friday after a tiger attacked her, police said.

The woman, who has not been identified by police, was among staff cleaning and performing maintenance work in the big cats’ enclosure of a safari park in the city of Rancagua, 60 miles (90 kilometer) south of the capital Santiago.

Visitors drive through the safari feature, where animals can move freely. When staff are working in the area, animals are confined in enclosures.

The woman who died suffered neck wounds in the tiger attack, authorities said.

Williams Espinoza of the Rancagua police said the woman’s ordeal was brief. “She did not realize that the door of the animal’s cage was open and was immediately attacked by this tiger, causing her death on the spot,” he said.

The safari park was closed while police investigated. Jorge Mena, from the regional public prosecutor’s office, said they would be investigating possible third-party culpability for what happened.

The Rancagua Safari Park did not respond to a request for comment. The condition of the tiger was not known.

Drones used in attack on Israeli-managed ship were produced in Iran: US CENTCOM