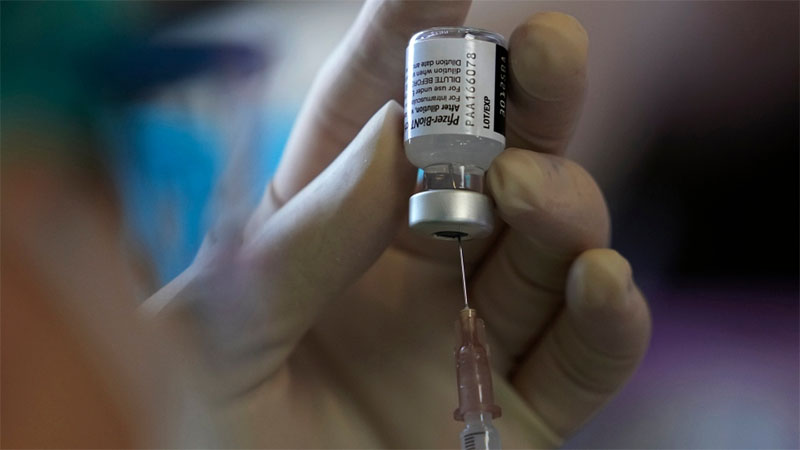 A panel of health experts advising the Hong Kong government has recommended children aged 12-17 should get only one dose of BioNTech’s COVID-19 vaccine after reports of heart inflammation as a side effect.

Professor Lau Yu-lung, who chairs the health committee advising the government on its vaccination program, told public broadcaster RTHK the side effect was more prevalent than originally thought.

He said experts decided it was better for teenagers to get only one dose to “greatly reduce the chance of heart inflammation.” Hong Kong’s low COVID-19 risk also means that one dose should offer sufficient protection, he said.

The Asian financial hub has largely controlled the coronavirus, with no locally transmitted cases in many weeks.

Government data shows that 41 cases involving heart inflammation have been reported from people who took the BioNTech vaccine as of end-August, or just 0.0009 per cent.

Among these cases, 16 involved adolescents aged 12-15 or 0.008 per cent of those vaccinated in that age group. Their symptoms resolved after treatment.

Hong Kong has been using two COVID-19 vaccines, namely the Sinovac and BioNTech shots. But people aged 12-17 are eligible only for the BioNTech vaccine.

Regulators in the United States, the European Union and the World Health Organization have said that mRNA vaccines from BioNTech/Pfizer and by Moderna are associated with rare cases of myocarditis or pericarditis, but that the benefits of the shots outweigh the risks.

Pfizer has said it  recognized there could be rare reports of myocarditis after vaccinations but that such side effects were extremely rare.

BioNTech and its Chinese sales agent, Shanghai Fosun Pharmaceutical Group, did not immediately reply to requests for comment.

The risk of myocarditis was 18.5 per million doses given among people aged 18 to 24 after their second Pfizer dose, and 20.2 per million for that age group for recipients of a Moderna second dose. The risk decreases with age, according to data from the U.S. Centers for Disease Control and Prevention.

The British government on Monday said England would begin vaccinating those aged 12-15 next week, using the Pfizer/BioNTech shot, but that second doses would not be offered to the age group until at least spring, as its top medical advisers wait for more data from around the world.

Norway said earlier this month it would also begin to offer a single dose of the Pfizer/BioNTech vaccine to those aged 12-15 and a decision on second doses would come later.

Around 65 per cent of Hong Kong’s residents have had their first vaccine dose, but the take-up by older people remains low due to concerns about side effects.