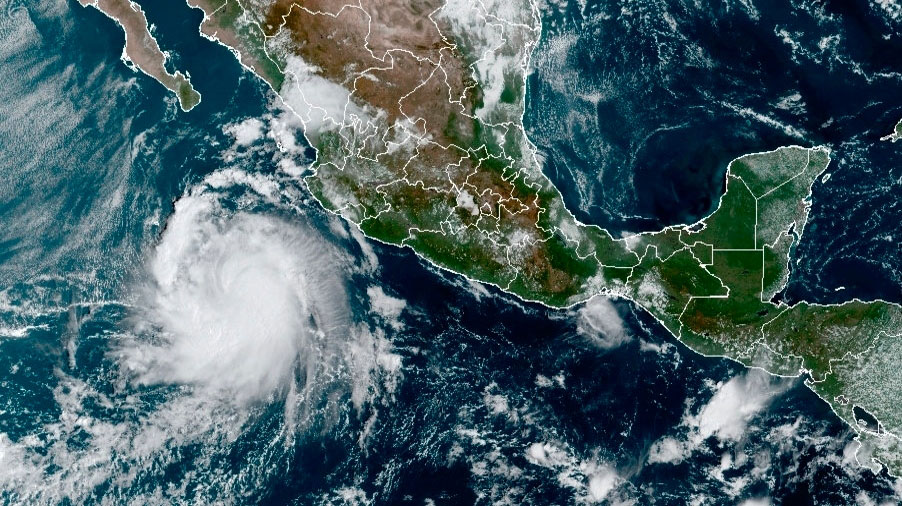 Hurricane Pamela continued to strengthen Tuesday as it moved along Mexico’s Pacific coast and could become a near-major hurricane before hitting somewhere near the port of Mazatlan Wednesday.

The U.S. National Hurricane Center said Pamela’s center was about 265 miles (430 kilometres) southwest of Mazatlan Tuesday and was moving north at about 8 mph (13 kph). The storm had maximum winds of about 80 mph (130 kph).

Pamela was forecast to take a turn toward the north and northeast, passing south of the southern tip of the Baja California peninsula late Tuesday or early Wednesday at hurricane strength. The storm was forecast to make landfall Wednesday near Mazatlan, potentially as a Category 3 hurricane.

The hurricane center warned of the possibility of life-threatening storm surges, flash floods and dangerous winds around the impact area.

Pamela was then expected to weaken while crossing over northern Mexico and could approach the Texas border as a tropical depression by Thursday.

The center said remnants of the hurricane could affect parts of the south-central United States “late Wednesday or Thursday.”