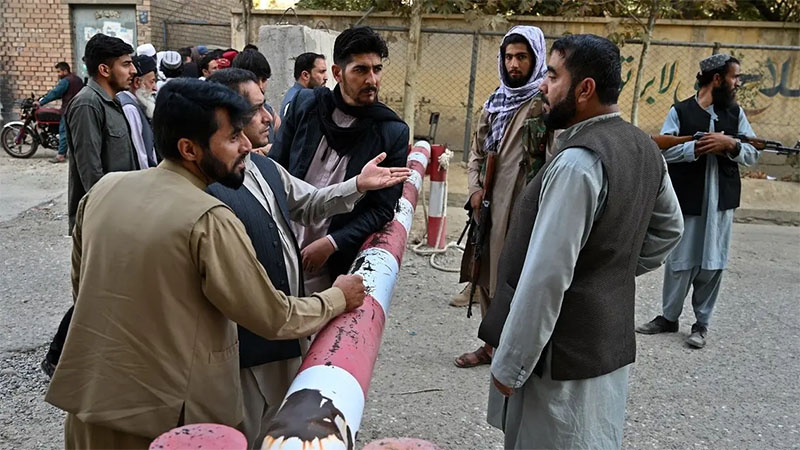 The United States has no plans to resume military-led evacuation flights from Afghanistan, but is working to ensure that the existing charter flights become more frequent, the State Department said on Thursday.

“The charter flights have been routine,” Price said. “Our goal is to make them even more routine to lend a degree of automaticity to these operations so that we can facilitate the departure of Americans, of lawful permanent residents and others.”

The United States’ two decades-long occupation of Afghanistan culminated in a hastily organized airlift in August that saw more than 124,000 civilians including Americans, Afghans and others evacuated as the Taliban took over. But thousands of other US-allied Afghans at risk of Taliban persecution were left behind.

President Joe Biden and others in his administration have vowed to continue efforts to get them out.

A few hundred people have been evacuated on charter flights, organized by groups of veterans, and some facilitated by the United States.

Washington has also assisted some people to depart Afghanistan via overland routes.

Price added that since Aug. 31, the United States has facilitated the departure of 129 US citizens and 115 lawful permanent residents.

“Our goal is to see to it that working with our partners that these flights become even more of a regular occurrence,” he said.

6 killed in Beirut clashes as tensions over blast probe soar

US urges ‘de-escalation of tensions’ in Lebanon