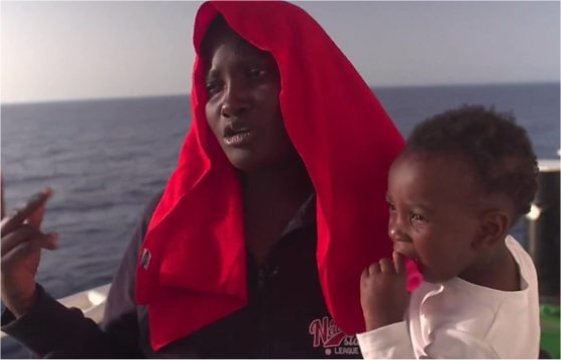 Nearly 250 people are feared drowned after two shipwrecks in the central Mediterranean over the weekend.

Some 163 people are missing after a boat reportedly sank off the Libyan coast on Sunday, the UN said.

Another sank on Friday night and, though some 50 people were rescued and taken to Sicily, about 82 are missing.

The central Mediterranean route for illegal migration to Europe is currently the busiest. It is also one of the most deadly, the UN says.

“Since the beginning of 2017, one person out of 35 has died on the sea journey from Libya to Italy,” UN High Commissioner for Refugees Filippo Grandi said two days ago.

The latest shipwrecks mean more than 1,300 people have died or disappeared while trying to cross from North Africa to Italy since the beginning of the year, the UN’s refugee agency said.

More than 43,000 migrants and asylum seekers used the central Mediterranean route to reach Italy in that period, it added.

Mr Grandi praised the efforts of rescue groups including the Italian coast guard, the European Border and Coast Guard Agency (Frontex) and non-governmental organisations, saying they had saved tens of thousands of lives.

But he added: “There is an urgent need to address the root causes which lead people to move, as well as to offer credible alternatives to these dangerous crossings for people in need of international protection, including accessible and safe ways to reach Europe such as family reunification, relocation and resettlement.”

Three months ago, human rights groups heavily criticised an EU deal with Libya which attempted to reduce the flow of migrants.

The deal provided Libya’s UN-backed government with €200m ($215m, £171m), including funding to reinforce its coastguard and block smuggling routes.

But in their criticism, the groups pointed to the continuing instability in Libya and the limited extent of the government’s territorial control. They said Libya was not a safe place for migrants.

Turkey detains more than 1,000 for ‘links to Gulen’