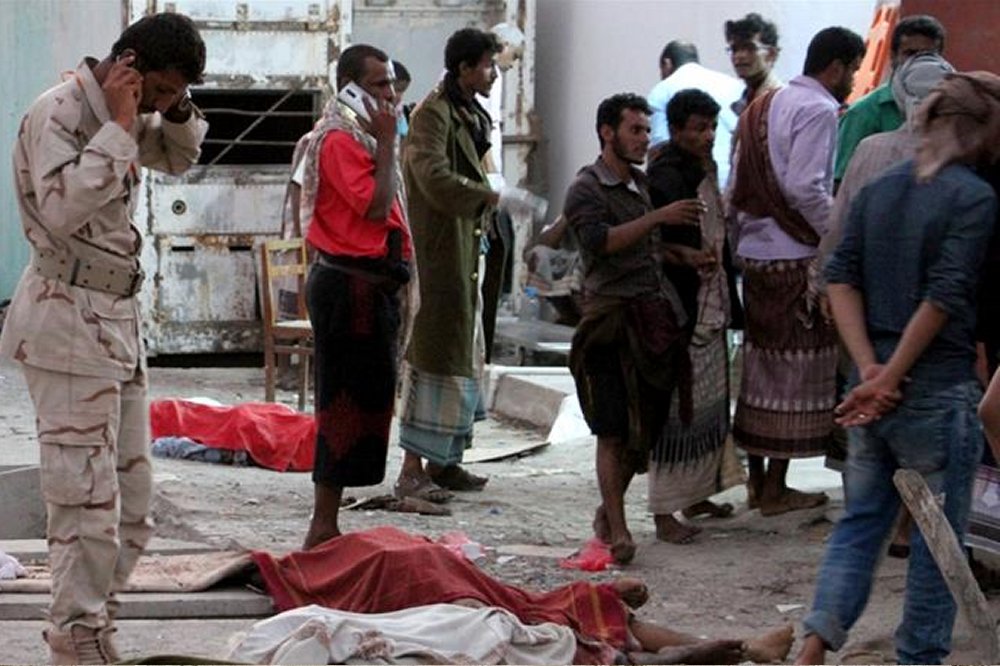 A suicide bomber from a local affiliate of ISIL has killed at least 50 Yemeni soldiers at a military base in the southern port city of Aden, in another major attack claimed by the group.

A security official told Reuters news agency that the suicide bomber detonated his explosives on Saturday as troops were waiting to collect their salaries at the entrance to the Sawlaban base on the outskirts of Aden.

The official said another 70 people were wounded in the attack.

ISIL, or the Islamic State of Iraq and the Levant group, claimed responsibility for the attack, according to Amaq, a news agency that supports the group also known as ISIS.

However, Aden al-Ghad, a local news website, said the men were not soldiers but young men registering to take part in a government offensive to break the siege of Yemen’s second largest city, Taiz.

For 18 months, more than 200,000 civilians have been caught up in the fighting in Taiz, where Iran-allied Houthi fighters have restricted food and medical deliveries to the city.

The port city, the temporary base of Yemen’s government, has seen a wave of bombings and shootings targeting officials and security forces.

Armed groups have gained ground in the south of the country since forces loyal to President Abd-Rabbu Mansour Hadi – backed by an Arab coalition assembled by Saudi Arabia – drove the Houthi fighters out of Aden in July last year.

Since then, the government and the Arab coalition have struggled to enforce their control as ISIL and al-Qaeda use the security vacuum to carry out attacks.

At least 10,000 people have been killed in the 20-month conflict, which has prompted a humanitarian crisis on the impoverished country.