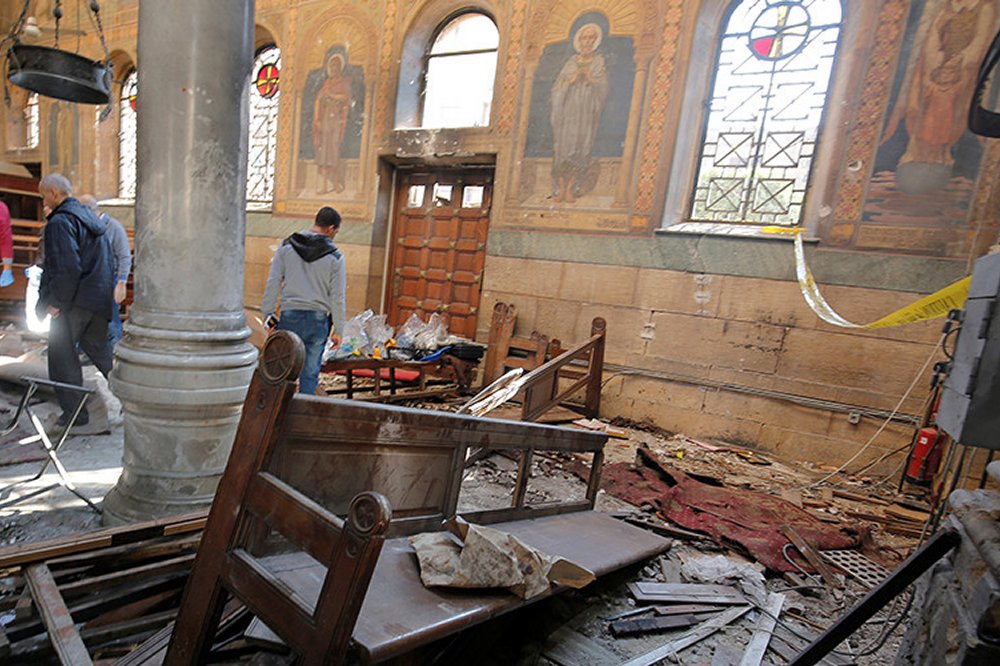 At least 25 people, mostly women and children, were killed, and 49 others injured in an explosion near Cairo’s Coptic Christian Cathedral. No one has yet claimed responsibility for the blast – the deadliest attack on Egypt’s religious minority in years.

At least six children were among the dead, Reuters reported, citing security sources.

The blast happened as Sunday Mass was about to end, AP reported, adding that this weekend it coincided with a national holiday marking the birth of Islam’s Prophet Muhammad.

The bomb was reportedly placed in a female handbag in a seat in the back of the church, and the explosion hit the section where female worshipers mainly stood, which is why the majority of the victims are women, Egyptian reporter for The Washington Post, Heba Farouk Mahfouz, posted on Twitter.

Related Topics:AfricaCairoCitiesCoptic Christian Cathedral
Up Next