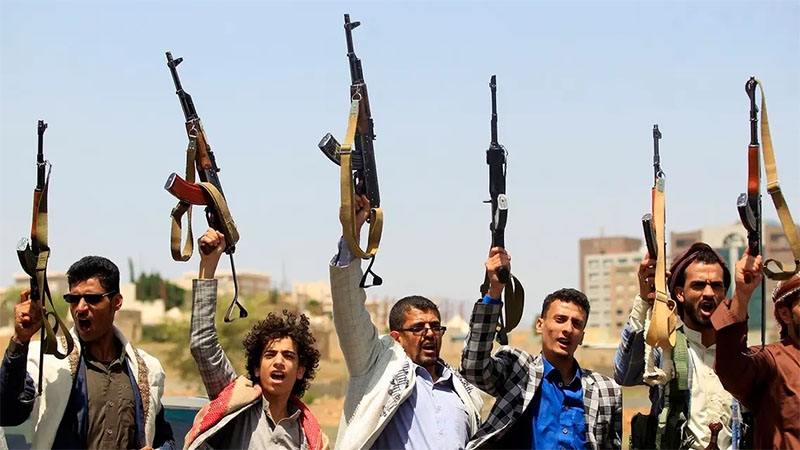 Over 90 Iran-backed Houthis have been killed in 31 operations carried out near Yemen’s Marib within 24 hours, the Arab Coalition said on Friday.

“The targeting operations included the destruction of 16 military vehicles and the killing of more than 92 terrorist elements,” the coalition said, in a statement carried by Saudi Press Agency (SPA) on Twitter.

The 31 military operations took place in al-Juba and al-Kasara within a 24-hour time period, areas near Yemen’s Marib.

The coalition said on Thursday that it launched a military operation in Yemen’s Sanaa in response to threats by the Houthis, adding that it is deterring the targeting of civilians and civilian objects, according to SPA.

“If grave violations continue, we will strike with an iron fist within the framework of international humanitarian law,” a statement by the coalition on Thursday read.

“Over the past months, the joint forces of the coalition have exercised the highest degree of restraint in the face of massive humanitarian violations and deliberate and systematic brutal hostilities by the Iranian-backed militia, with the aim of supporting international efforts and initiatives to reach a comprehensive and sustainable political solution in Yemen,” Col. Turki al-Maliki, the spokesman for the Arab Coalition, said on Thursday.

US announces diplomatic boycott of 2022 Winter Olympics in China