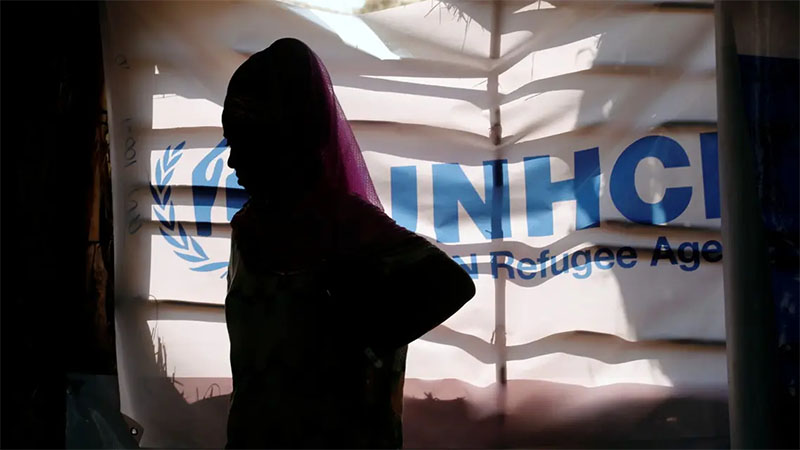 Ethiopian staff working for the United Nations or African Union do not live “in space” and will be punished for any lawbreaking, the government said on Thursday, after the arrest of several UN employees for unspecified offences.

Ethiopia declared a state of emergency on Nov. 2 after rebellious forces from the northern region of Tigray and their allies made territorial gains and threatened to march on the capital.

Since then, hundreds of Tigrayans have been arrested in Addis Ababa, families and colleagues say, along with 16 UN staff members whose ethnicity has not been disclosed.

Seven of the UN staff were later released.

Police say the arrests are not ethnically motivated.

“UN staff who reside in Ethiopia should respect the law of the country,” foreign ministry spokesman Dina Mufti told a news conference.

“They live in Ethiopia, not in space. Whether it is a UN or AU staff member, they shall be held accountable.”

Foreign citizens have also been caught up in the wave of arrests.

A very small number of British nationals have been detained in Ethiopia, and the UK government has formally raised their cases with the Ethiopian authorities and requested immediate consular access, the UK government told Reuters.

A US State Department spokesperson said the United States is concerned about reports of detentions of a number of US citizens in Ethiopia and is in discussion with the Ethiopian government about it.

An Italian aid worker was arrested on Saturday with two Ethiopian colleagues, said Italy’s foreign ministry and Volontariato Internazionale Per lo Sviluppo (VIS), the organization that employs them.

Dina reiterated the government’s stance that it would not hold ceasefire talks with leaders of the Tigray People’s Liberation Front (TPLF) because its forces have not yet withdrawn from the neighboring Amhara and Afar regions.

He said the other two conditions for a ceasefire were that Tigrayan forces stopped their attacks and recognized the government’s legitimacy.

The AU envoy for the Horn of Africa, Olusegun Obasanjo, and US Special Envoy Jeffrey Feltman, have both visited Ethiopia this week to push for a ceasefire.

Feltman returned to Washington on Thursday to consult with Secretary of State Antony Blinken and other senior Biden administration officials on US diplomatic efforts to end the conflict, a State Department spokesperson said.

Ethiopians who are suffering. The US Mission in Ethiopia will continue its work to those ends, including prioritizing the safety and security of US citizens overseas through consular services,” the spokesperson said.

Also on Thursday, state-affiliated broadcaster Fana reported that the Ethiopian military, fighting alongside regional forces and allied militias, repulsed attacks by Tigrayan forces near the town of Kemise in Amhara.

The TPLF said last week it had seized Kemise, 325 km (200 miles) from the capital Addis Ababa. Reuters was unable to independently verify that.

Fana also reported soldiers pushed back Tigrayan forces trying to capture the town of Mille in Afar, which lies along the highway linking the port of Djibouti to landlocked Ethiopia.

The TPLF spokesperson did not immediately respond to a request for comment.

The spreading conflict has killed thousands of civilians and forced more than two million people from their homes.

Two diplomatic sources said on Thursday that the European Union is evacuating non-essential staff from Ethiopia. Several other nations have advised nationals to leave.