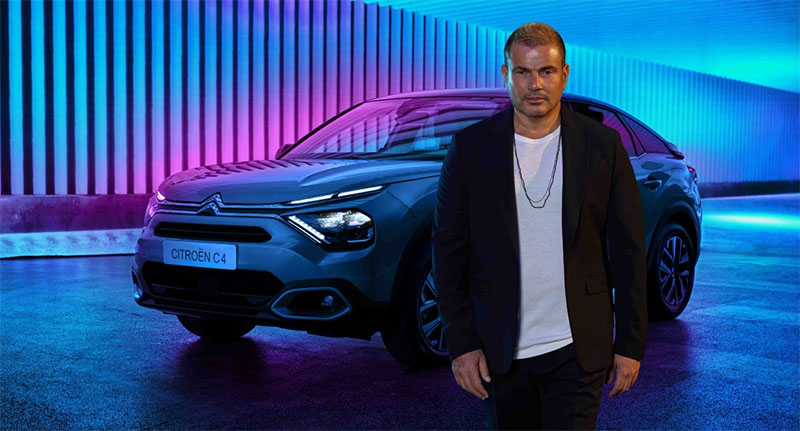 An advertisement by a French automaker has stirred up controversy in Egypt after activists said it promotes sexual harassment in a country where the practice is rampant.

The ad by the Egyptian branch of Citroen, released last month, shows popular Egyptian singer and actor Amr Diab driving the latest version of the company’s C4, before coming to an abrupt stop in front of a woman crossing the street.

Diab looks at the woman and snaps a picture of her from a camera fixed in the car’s rearview mirror. The singer is seen smiling as the woman’s image appears on his phone. Both are then seen together as if on a date.

Although apparently intended to feature the car’s camera, the advertisement has drawn criticism of the automaker and the 60-year-old singer, seen as a role model for many across the Arab world.

Under pressure from the backlash online, Citroen Egypt offered an apology and removed the 100-second commercial.

“We deeply regret and understand the negative interpretation of this part of this film. With our business partner in Egypt, we took the decision to withdraw this commercial from all Citroen channels and we present our sincere apologies to all offended communities by this film,” it said in a statement.

There was no comment from Diab, who still has the video on his social media accounts with tens of millions of followers.

Sexual harassment, mostly ranging from catcalls to occasional pinching or grabbing, is rampant in Egypt, a conservative Muslim country with more than 100 million people.

Speak Up, an Egyptian feminist initiative, called the ad “creepy” and said it promoted “photographing girls casually on the street without their consent only because he likes them.”

“Everything can be a double-edged sword. In this advert, @Citroen #Egypt chose to show the negative aspects of their C4’s new features, from harming people’s privacy to harassing girls in the street! #MeToo,” a user named The Lady said in a post on Twitter.

Feminist Sabah Khodir lashed out at the automaker, accusing it of exploiting women’s struggle against gender-based violence “as an opportunity to sell vehicles.”

She called for Hany Shaker, head of the Egyptian Musician’s Union, to launch an investigation into Diab’s participation in the ad.

“I wonder what Hany Shaker … thinks about Amr Diab promoting sexual harassment in the new @citroen commercial, or is that not against Egypt’s cultural values?” she said in an Instagram post.

The magnitude of Egypt’s sexual harassment and violence problem came to light in the years following the 2011 popular uprising that overthrew long-time autocrat Hosni Mubarak, when mass rape and sexual assault occurred during several protests.

A 2017 poll conducted by UN Women and Promundo, a non-governmental organization, found that nearly 60% of Egyptian women say they have been sexually harassed, and nearly 65% of men acknowledge harassing women, though they mainly admitted to ogling.

In recent years, organized efforts by civil society to combat the phenomenon encouraged women to be more outspoken about it, despite the insistence of a large sector in society that it doesn’t exist. Many women, inspired by the #MeToo movement, have also spoken out on social media about the practice.

Authorities have increased penalties for sexual harassment in its penal code, making the practice a felony with up to five years in prison.

Everything can be a double-edged sword. In this advert, @Citroen #Egypt chose to show the negative aspects of their C4's new features, from harming people's privacy to harassing girls in the street! #MeToo pic.twitter.com/83QvfkaYoz