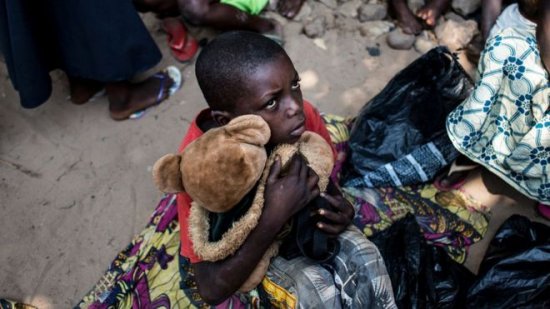 More than 3,300 people have been killed in the violence in the Democratic Republic of Congo’s Kasai region since last October, the Catholic Church says.

The figure, reported by the Reuters news agency, is from Church sources.

The deaths are the result of clashes between the army and a rebel group, but civilians have also been caught up in the violence.

The UN has reported on the discovery of more than 20 mass graves but has put the death toll so far at about 400.

According to the church, 20 villages have been completely destroyed, half of them by government troops.

The UN Human Rights Council is likely to vote this week on whether to mandate an independent investigation into the violence following what the group’s commissioner described as horrific atrocities committed in Kasai province.

The Congolese authorities have said they would reject it.

More than a million people have been displaced in the region in the last year and aid workers say the humanitarian response on the ground has so far been inadequate.

Violence erupted in the once peaceful Kasai region last August, after the death of a local leader during fighting with security forces.